A Brookings Institution report finds that the advanced industries sector employs about 9% of the U.S. workforce, yet accounts for 60% of the nation’s exports and 17% of U.S. gross domestic product.

San Jose, Calif., Seattle, Wash. and Wichita, Kan. had the highest percentage of their workforce employed in the advanced industries sector, the report released. Those sectors include manufacturing, energy and service industries that invest heavily on research and development and whose workers have skills in science, technology, engineering and math.

The sector employs 80% of the nation’s engineers, performs 90% of private-sector R&D and generates approximately 85% of all U.S. patents, the report shows. On a per-worker basis, advanced industries purchase $236,000 in goods and services from other businesses annually, compared with $67,000 in purchasing by other industries.

However, the report also shows that the U.S.’s competitive edge is fading and that the public and private sector must work together to encourage technological innovation and work to reduce barriers to entry.

For example, the report says that the U.S. share of global R&D and patenting is falling “much faster” than its share of global GDP and population, meaning that U.S. slippage cannot simply be attributed to demography or macroeconomic convergence. Likewise, America’s research dominance “looks less impressive” after adjusting for the size of its working age population.

Turning to the nation’s regional innovation ecosystems, the report says "surprisingly few" U.S. metropolitan areas rank among the world’s most innovative as measured by patent cooperation treaty applications per capita. Among the nation’s most patent-intensive regions, two—San Diego and the San Jose-San Francisco combined areas in California—rank in the global top 20 and two more (Boston, Mass. and Rochester, N.Y.) scored in the top 50.

While there is a demand for jobs in advanced industries, the channel to train workers is “too narrow,” the report finds and that “more needs to be done” to grow the pool of skilled workers.

By posting a comment you confirm that you have read and accept our Posting Rules and Terms of Use.
Advertisement
RELATED ARTICLES
Report highlights energy sector hiring trends
Why have hundreds of thousands of manufacturing jobs returned to the U.S. from overseas?
Solar energy employment fell in 2018, report says
IT Workers in Great Demand; Everyone Else? Not So Much
Report: Manufacturers suggest robots are not taking over jobs in the manufacturing space
Advertisement 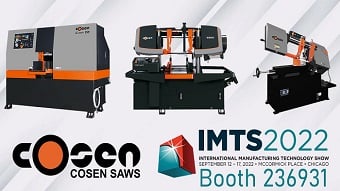