Employment in the U.S. solar industry fell in 2018 by around 3.2%, according to a report published by the Solar Foundation, a non-profit pro-solar energy group.

The report blamed the decline on uncertainty over the outcome of a federal trade case in the lead-up to new solar tariffs that were announced by the Trump administration in January 2018. The uncertainty led to project delays, especially for the larger, utility-scale installations. The report also said that state policy and economic challenges led to job declines in some states with well-established solar markets. California and Massachusetts were among the hardest-hit states. 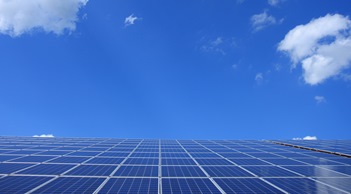 State policy and economic challenges led to job declines in some states with well-established solar markets.The report said that demand-side sectors (made up of the installation and project development sector, and the wholesale trade and distribution sector) accounted for 76% of overall solar industry employment (184,400 jobs) in 2018.

The report outlined the effect that higher import tariffs for solar cells may have had on solar sector employment. In April 2017, two U.S. solar manufacturers petitioned the U.S. International Trade Commission to impose tariffs on all imported crystalline silicon solar modules and cells. Uncertainty around the outcome made it difficult for U.S. solar project developers to price, bid and contract for future projects, the report said.

The uncertainty led to the postponement of a number of solar projects and to scaled-back installations in the first three quarters of 2018. Especially hard-hit were utility-scale solar projects, which typically have longer project development times and are more sensitive to increases in hardware costs. 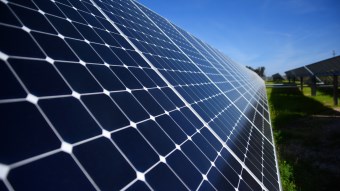 The average price of solar panels in the U.S. fell to 38 cents per Watt in the third quarter of 2018. That compared to 45 cents per Watt a year earlier, the report said.

In 2018, California and Massachusetts both lost jobs for the second year in a row, in part due to policy changes. California passed new policies in 2018, including a rooftop solar mandate for new homes and an expansion of its renewable portfolio standard (RPS). These policies are likely to stimulate employment growth, the report said, but the impact will play out over a number of years.

In addition, local governments worked to ramp up their community choice aggregation (CCA) operations. And the report said that non-residential installers in the state faced policy uncertainties over rate structures.

Massachusetts faced policy uncertainty due to the delayed release of the Solar Massachusetts Renewable Target (SMART) program. The report said the delay weakened the state's non-residential market. The SMART program launched in September 2018 and prompted a flurry of initial applications.

In other states, such as Texas, the declining cost of solar energy installations helped encourage growth even without new policies.