China's state-owned Sinopec will pay almost $1 billion for a 75% stake in Chevron Corp's South African assets and its business unit in Botswana, securing its first major refinery on the continent. 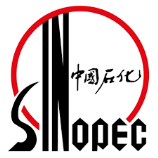 Assets include a 100,000 barrel-per-day oil refinery in Cape Town, a lubricants plant in Durban as well as 820 gasoline filling stations and other oil storage facilities. The assets also include 220 convenience stores across South Africa and Botswana. The Reuters news agency reported the deal.

The remaining 25% of the South African assets will continue to be held by a group of local shareholders, in accordance with South African regulations.

In January 2016, Chevron said it was considering selling its interest in the South African business as part of a multi-billion-dollar divestment plan announced in 2014.

Sinopec was the last remaining bidder in an auction that lasted more than a year and drew interest from French oil firm Total and commodity traders Glencore and Gunvor.

By posting a comment you confirm that you have read and accept our Posting Rules and Terms of Use.
Advertisement
RELATED ARTICLES
Deals Worth $65bn Floated as Saudi King Visits China
Alaska LNG Export Project Gets Chinese Backing
Watch as this robotic arm fills cars with gas
Chevron to Upgrade Refineries in Settlement
U.S. Lead in World Gas and Oil Seems Certain, IEA Says
Advertisement