A biosensor that detects type 1 HIV during the first week after infection was engineered by researchers from the Spanish National Research Council (CSIC). 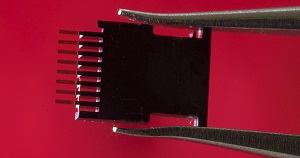 The researchers have patented the technology, which is also being applied toward early detection of certain types of cancer.

Re: Biosensor Detects HIV One Week After Infection
#1

Better if it worked one week before infection.....