Proving the Reliability of a Greener Power Grid

Tests were conducted on a 300 MW solar photovoltaic (PV) plant operated in California by First Solar to determine if renewable resources could provide operating characteristics similar to a conventional resource.

The unit was tested for its ability to provide ancillary services, such as frequency response, regulation up and down, voltage control, and active power management. 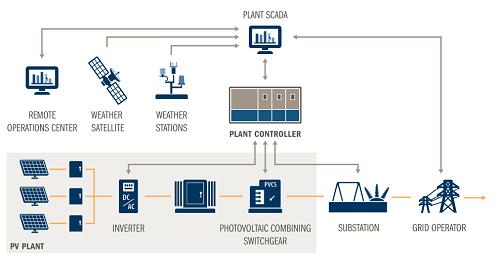 The ISO plans similar testing on a large wind plant. Because wind farms use similar smart power-based technology, it is anticipated they will also be able to provide these types of grid reliability services.

Drawing reliability services from solar and wind plants helps balance the grid during times of high renewable production and allows more clean energy to penetrate the system. This is essential for the state to be able to reach its goal of getting half its energy from renewable sources by 2030.

By posting a comment you confirm that you have read and accept our Posting Rules and Terms of Use.
Re: Proving the Reliability of a Greener Power Grid
#1

The majority of people in the World, including technical background people are dreadfully unaware and not interested in this matter and similar ones, which are vital for the future of humanity. I think we have to intensify the still tiny efforts to make young students aware and serious about ecology.

As soon as you proppose anything even suspected of being less comfortable than the orthodox uses of energy, most grown ups turn away.