The Art and Engineering of Barrel Making

Spurred by the burgeoning craft distillery industry, the art of barrel making is undergoing a technological renaissance that has allowed distillers to order barrels created to produce flavors like caramel, vanilla, and even mint.

American-made barrels are used to age many spirits, wine and even maple syrup. But nowhere are they as vital as in the production of bourbon, where new, charred oak barrels are mandated by federal law.

Innovation in the once-staid barrel industry is helping distillers create bourbons with consistent quality and even some surprising new flavors.

Until the end of the last century, improvements in American barrel technology were incremental and quality was not terribly high. Cooperages concentrated on making the barrels liquid tight and on using ultra-thin saw blades so they didn’t waste wood, says Dave Pickerell, senior engineer and master distiller at Oak View Spirits. 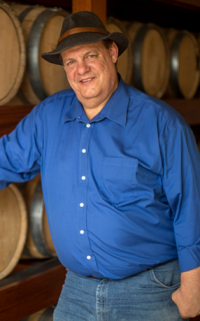 Dave Pickerell, Oak View Spirits“There were a lot of things that were kind of boring, ho-hum things for most people, but were focused on more of the structure and integrity of the barrel than anything else,” he says.

That changed when American craft distillers started aging their whiskey in small barrels. The smaller the barrel, the smaller the surface-to-volume ratio. But distillers, especially those just starting out that won’t have a product for at least four years, need a high ratio as more flavor is extracted from the wood. And more flavor means they can bottle and sell their product sooner.

Cooperages began experimenting with barrels to increase the surface-to-volume ratio. Minnesota’s Black Swan Cooperage, for example, developed a patent-pending honeycomb barrel in which small holes are drilled into the barrel staves. This allowed Black Swann to “just run the surface area to volume ratio through the roof,” says Pickerell.

“The honeycomb pattern and also our cross-grooving pattern that we have on the inside of some of our barrels is exposing the end grain of the wood, versus the side grain. The end grain, when it’s exposed, allows for eight times faster extraction, says Heidi Korb, the owner of Black Swan.

Black Swan’s method of cross grooves and honeycomb drilling allows access to the xylem and phloem tubes that run vertically through the wood. “It has more to do with cubic volume of wood that can be extracted,” Korb says, “because it’s almost like a sponge; opening up those xylem and phloem tubes.” The spirit or wine or beer is able to travel through the end grain and extract the flavor that much faster. 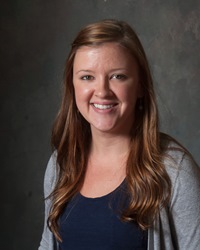 Heidi Korb, Black Swan distillersWhile some areas of barrel production have been automated (Black Swan has a barrel hoop press, for example), the act of barrel toasting is still done by hand.

In the toasting process, a barrel without its heads (ends) is placed over a wood fire, says Pickerell. Inside the barrel is an infrared probe to monitor the temperature. A staff member stands nearby with blocks of wood as well as a water pistol. If the temperature of the fire falls too much he throws a block of wood on the fire. If the temperature is getting too hot, he squirts water on the fire. “That’s the level of technology,” Pickerell says.

Toasting before the mandated charring allows the barrel maker to impart the flavors the customer has selected. Missouri’s Independent Stave, one of the world’s largest barrel makers, “is the expert on it,” Pickerell says. The desired flavor profile is achieved by how long and how quickly the temperature is modified inside the barrel during the toasting process.

Toasting before charring gives greater control over the resulting flavors.

Alchemy in a Barrel

The distillate that goes into the barrel to be aged is often called “white dog,” and has a good deal of flavor on its own. “It has lots of sweetness, complexity and spice in the flavor as opposed to a neutral vodka,” says Harlen Wheatley, master distiller at Buffalo Trace Distillery. 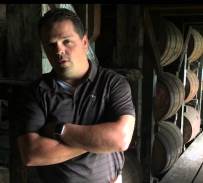 Harlen Wheatley,Buffalo Trace DistilleryWheatley holds a degree in chemical engineering and says there are “literally hundreds if not thousands of interactions and reactions” that occur as the distillate ages into bourbon. “The main focus is the extraction of wood flavors from the hemicellulose, lignins, tannins, lipids, and others. Flavors such as fructose, xylose, vanillin, and many acids all interact with the white dog to create the overall flavor of bourbon.”

There are both chemical and physical changes in the liquid during the aging process, Wilson says. Michter’s uses gas chromatography–mass spectrometry to look for certain compounds that must be present at right concentration so that the final product will match Michter’s flavor profile. 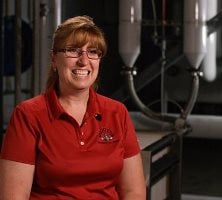 Andrea Wilson, Michter’s Distillery“We also use organoleptic methods to ensure we have both a qualitative as well as quantitative methods in measuring the quality of our product,” says Wilson.

Distillers say that anywhere from 50-80% of a bourbon’s flavor comes from its time in the barrel. Wheatley’s estimate is about 50%, with the rest coming from the distillation (25%), the recipe and yeast used in the distillate (12%) and fermentation (12%).

Even a well-made, whiskey-tight barrel won’t yield the amount of full liquid that was originally put in it. Two processes account for this loss. Soakage loss occurs when a new barrel absorbs up to 5% of the whiskey.

And a new barrel being aged in Kentucky will lose about 3% per year due to evaporative loss, called the “angel’s share.” Smaller barrels lose a higher percentage than larger ones, says Pickerell, with a 10-gallon barrel losing up to 10% per year.

A distiller’s job isn’t done once the barrels have been racked in a warehouse for aging.

The “maturing environment” (where the barrels may rest for more than a decade) of the barrels is key to producing a quality bourbon.

“Kentucky is an optimal location for aging because of the change of seasons and temperatures which ultimately results in the pressure changes in the barrel causing the movement of the whiskey in and out of the capillaries of the wood,” Wilson says. “This process plays a key role in the contribution of the overall color, flavor and aroma imparted by the barrel to the whiskey.”

Kentucky typically sees about four to six cycles per year in a rack house. Michter’s goes a step further by heating its warehouses in the warmer months and cooling them in the winter, simulating additional cycles to “further contributing to the overall maturation quality of the liquid,” says Wilson. “This is an expensive process but we know by organoleptic and analytical means that it absolutely can increase the quality of the liquid.”

And increasing the quality of that liquid is what drives the American barrel industry to innovate in the 21st century.

By posting a comment you confirm that you have read and accept our Posting Rules and Terms of Use.
Advertisement
RELATED ARTICLES
Distillery using AI to create the "perfect" whiskey
Team from Japan Invents "Wood Alcohol"
Sulfur Regulations Challenge Refiners and Shipowners
A Growing Role for Automated Pipeline Pigging Systems
2018 Oil Production Looks Like a Gusher, EIA Says
Advertisement