More than three-quarters of surveyed information technology (IT) professionals working for U.S. state and local governments believe there will be a cyberattack against smart city services in 2016. Eighty-eight percent of those polled say a cyberattack targeting critical city infrastructure would pose a threat to public safety.

The survey, which canvassed over 200 IT professionals, was conducted by Dimensional Research on behalf of Tripwire, a provider of security solutions for enterprises and industrial organizations. 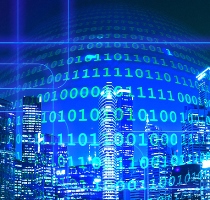 “While smart cities offer great efficiencies for their citizens, the same internet connectivity that enables these efficiencies can be used to deliver physical damage to infrastructure and also cause loss of life if accessed by malicious actors,” says Rekha Shenoy, vice president and general manager of industrial cyber security for Belden, Tripwire’s parent company.

Additional findings from the survey included: