A device found in many houses could be a low-cost and effective means of evaluating the walking difficulties of multiple sclerosis (MS) patients.

The Microsoft Kinect is a 3-D depth-sensing camera used in interactive video activities such as tennis and dancing. It can be connected to an Xbox gaming console or a Windows computer.

A team of researchers at McGill University in Canada tested whether the Kinect could detect differences in the gait of MS patients compared to healthier individuals. 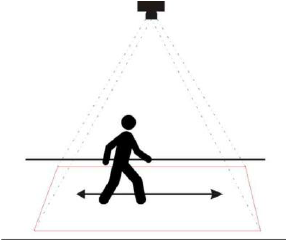 McGill University researchers are using a gaming camera to detect the differences in gait of MS patients . The walking movement of MS patients is usually assessed by their doctors, and subjectivity can result in two different clinicians giving the same patient different evaluations. Using a camera to detect movement, combined with computer algorithms that quantify patients’ walking patterns, can reduce the potential for human error.

The researchers captured the movements of 10 MS patients and 10 members of an age-and-sex-matched control group using the Kinect device. The MS patients had previously been assessed for gait abnormalities using the traditional clinical method.

“This tool may help the clinician provide a better diagnosis of gait pathology and may be used to observe if a prescribed medication has been effective on the gait of the patient or not,” researchers say. The tool could be useful to assess treatment effects of certain interventions, such as rehabilitation or medication, and to document MS disease progression as reflected by gait deterioration.

The next step is to conduct a study with a larger group of MS patients, including evaluation in a gait laboratory, using a newer version of the Kinect device that could improve accuracy.

By posting a comment you confirm that you have read and accept our Posting Rules and Terms of Use.
Advertisement
RELATED ARTICLES
Watch: Wearable sensor walks back the cost of gait analysis
A shoe to help stroke patients improve gait
China Unveils Gait Recognition Software
Watch: Ankle device is a step in the right direction for stroke patients
Watch: Researchers trip people to improve prosthetic legs
Advertisement