According to the company, because the technology uses only air for to function, it does not require any oil or lubrication. Series 3 is also the only elevator technology in the world that does not require any battery backup or temporary power supply in the event of power failure. As they come with a self-supported structure, these lifts eliminate the need for digging a pit in the house for installation. 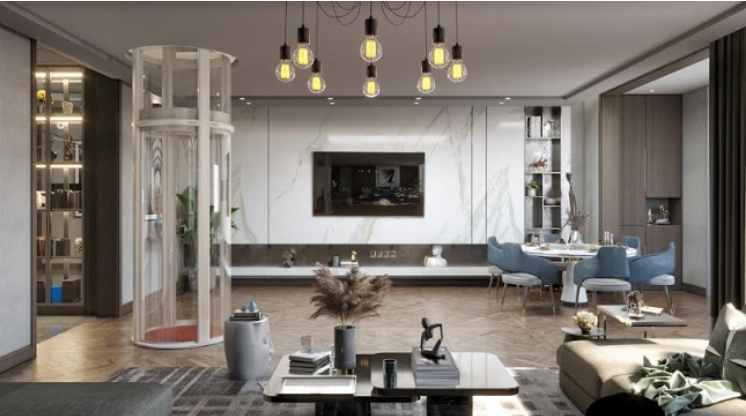 The wire-free lifts do not require a machine room, as no traditional components like controllers, electrical disconnects and pumps are involved. Series 3 home lifts arrive in a semi-assembled state — and can be put together without welding, taping, ducting or civil work. The lifts can be operated using a smartphone or a voice assistant like Google’s Alexa.

Nibav’s home lifts are eco-friendly, as they operate on single phase power and consume only 3.7 kVA of power — less than what is required to run a one-ton air conditioner when going up. They consume no power while descending.

Nibav Home Lifts use unbreakable glass technology called polycarbonate, a material used for bullet proof glass, which is 250 times stronger than normal glass. Series 3 lifts boast of safety features such as a telephone, light, fan, child switch, emergency descend and alarm. The Series 3 home lifts come in four modules. Further, the lifts come with four-layer safety features that include emergency landing buttons both inside and outside the lift's cabin. There is no need for any technical assistance to get out of the lift when power is cut.

By posting a comment you confirm that you have read and accept our Posting Rules and Terms of Use.
Advertisement
RELATED ARTICLES
Which Aerial Lift Do You Need on Your Job?
Video: Amazon’s Jeff Bezos lifts the veil on a new reusable rocket. A safety algorithm that keeps robots apart. Longer blades and bigger generators mean more offshore wind power.
Lifting energy storage to new (building) heights
Proper Instrumentation Keeps MEWPs Safely 'On the Level'
Advanced machinery lubricant handles high load and extreme pressure
Advertisement