An artificial intelligence (AI) enhanced chemical sensor that detects specific gases in the air with high sensitivity and selectivity has been developed by researchers from Saudi Arabia’s King Abdullah University of Science and Technology (KAUST).

According to its developers, the device relies on machine learning to distinguish gases based on how they give rise to subtle temperature changes — an issue that has proved challenging for other sensing technologies that fail to detect a target gas among a mix of chemicals in the air. 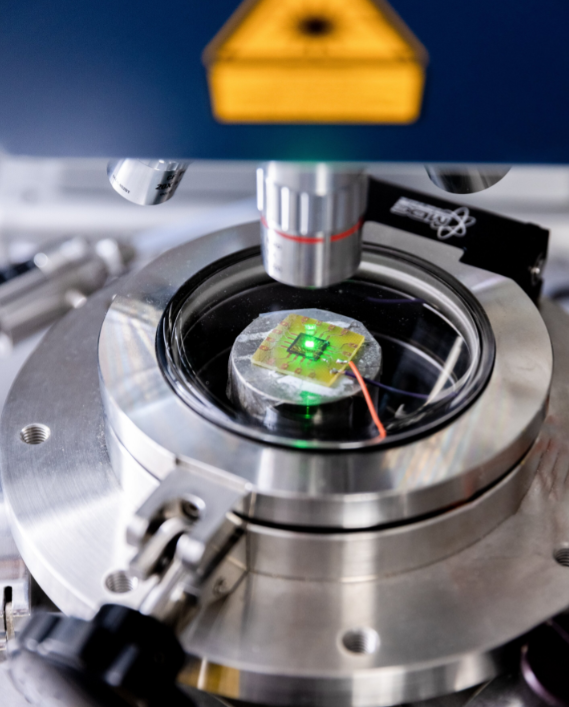 The team's sensor could be used in settings that require sensitive testing for gases, such as medical diagnostics or for the detection of dangerous industrial gas leaks. Source: KAUST

To develop the device, the researchers used a microbeam resonator, which is a heated strip of silicon clamped at both ends. This bends the strip to the point of almost buckling.

"When operated near buckling point, the heated microbeam shows significant sensitivity to different gases when they have a heat conductivity lower or higher than air," the researchers explained.

According to researchers, the shift in resonance frequency is determined via a microsystem analyzer vibrometer.

Using AI, the researchers analyzed the data and identified changes in resonance frequency associated with different gases. The researchers suggest that together, data processing and machine learning algorithms produced unique signature markers for each gas under test to create a gas classification model.

During testing, the algorithm could identify helium, carbon dioxide and argon with 100% accuracy.

The device, which could potentially be used to detect industrial gas leaks or to perform medical diagnostics, is detailed in the article Highly Selective Multiple Gases Detection Using a Thermal-Conductivity-Based MEMS Resonator and Machine Learning, which appears in the IEEE Sensors Journal.

By posting a comment you confirm that you have read and accept our Posting Rules and Terms of Use.
Advertisement
RELATED ARTICLES
Metallurgical Furnace Advances Industrial Waste Recycling
Praxair Starts Up Hydrogen Plant
The dire demand for improved helium recapturing
Volcanoes Could Hold the Key to Future Helium Finds
Tech tips for welding magnesium — Part 2: Shielding and filler requirements
Advertisement