Robot uses tentacles to hold objects in its grip

A new soft robotic gripper that features thin tentacles for entangling and ensnaring objects has been developed by researchers at the Harvard John A. Paulson School of Engineering and Applied Sciences.

The robot’s foot-long filaments, according to its developers, are hollow pneumatic rubber tubes. One side of the tube features a thicker layer of rubber than the other side so that when the tube is pressurized, it curls. 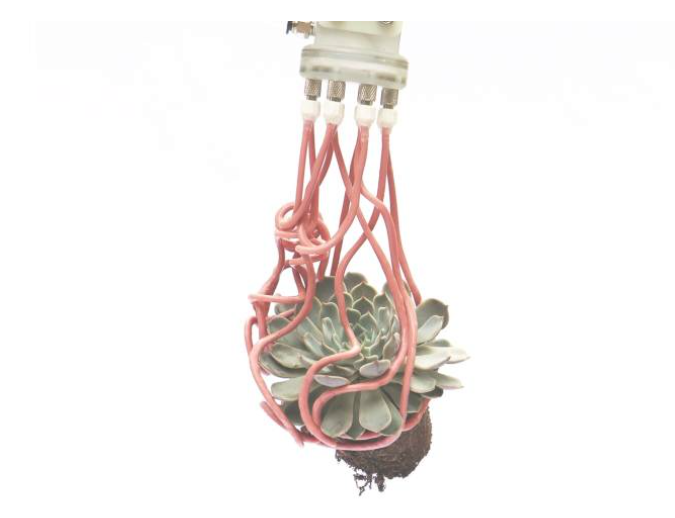 Working together, the so-called tentacles can securely grasp heavy and odd shaped objects by relying on inflation. To release the objects from this secure grasp, the filaments of the gripper are depressurized, according to its developers.

During testing, the robotic gripper successfully grasped a range of household objects and toys. As such, the researchers suggest that the gripper could be used to grasp soft fruits and vegetables for agricultural production and distribution applications or to handle delicate tissue in medical procedures or delicate objects in manufacturing settings.

For more on the gripper, watch the accompanying video that appears courtesy of Harvard John A. Paulson School of Engineering and Applied Sciences.

The article detailing the robot, Active entanglement enables stochastic, topological grasping, appears in the journal Proceedings of the National Academy of Sciences.

By posting a comment you confirm that you have read and accept our Posting Rules and Terms of Use.
Advertisement
RELATED ARTICLES
Video: Soft robot can lift objects 100 times its weight
Watch a gripper robot that can handle food, tools
Soft robotic gripper scoops, picks and grasps
Elephant-trunk inspired robot gripper handles everything from boxes to needles
Robotic Fingers Aid Deep Sea Exploration
Advertisement 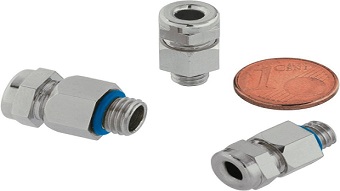