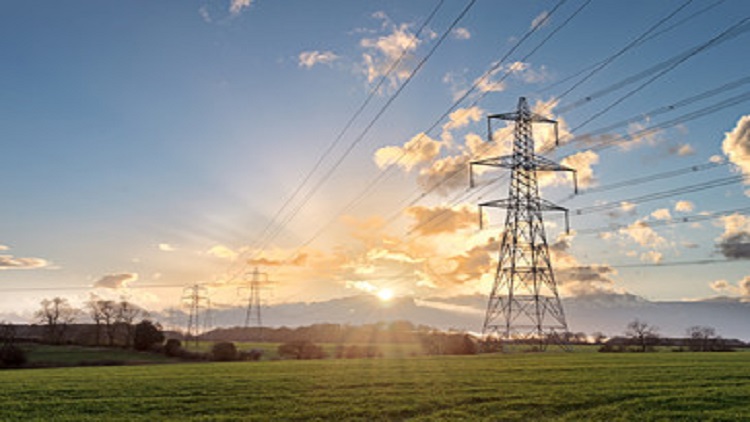 Alternating current (AC) sources contribute immensely to powering many domestic and industrial devices today. These power sources are categorized based on several factors, but the most commonly used criteria is the number of phases. And based on the number of phases, AC sources come as single- and three-phase systems. Each phase system has its unique characteristics, advantages, drawbacks and suitability for different applications.

This article presents basic information about single-phase and three-phase power sources. It will serve as a guide to allow technicians to choose the right source for their application. But before delving right into these phase types, it helps to understand what AC entails.

What is an AC?

AC is a type of electric power in which the electric current periodically reverses direction and changes its magnitude with time.

To understand how the technology works, consider Figure 1, which shows the waveform of a typical AC source. The current (or voltage) typically starts from zero, grows to a maximum, decreases to zero and reverses to a maximum (in the opposite direction), returns again to the original value, and so on. 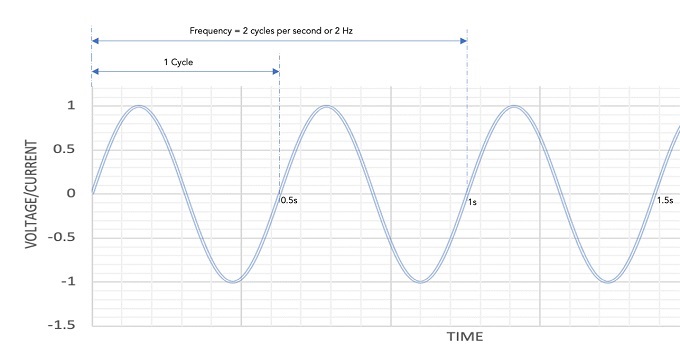 The following terms are used to describe AC waveforms:

A single-phase power supply is a type of AC power system that distributes power using only two wires: the phase wire and neutral wire. The phase wire carries the current to the electric load, while the neutral wire 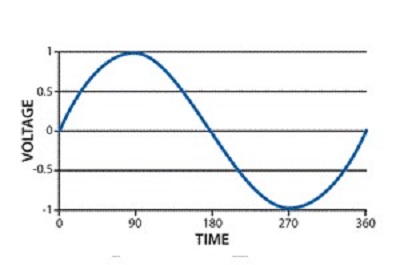 Figure 2 shows the AC sine wave of a typical single-phase system. As the image suggests, the voltage in this type of supply is minimum at 0º, peaks at 90º during the positive cycle, and peaks at 270º during the negative cycle. Single-phase frequency is usually 50 Hz (in Europe) and 60 Hz (in the U.S.).

Single-phase AC power supplies are ideal for applications with small power requirements, such as domestic appliances, air conditioners, grinders, televisions and fans. They typically can withstand loads of up to 2,400 W.

Unlike the single-phase AC power system, a three-phase power supply comprises three-phase wires and sometimes a neutral wire. Figure 3 shows the sinusoidal waveform of a typical three-phase AC supply. In 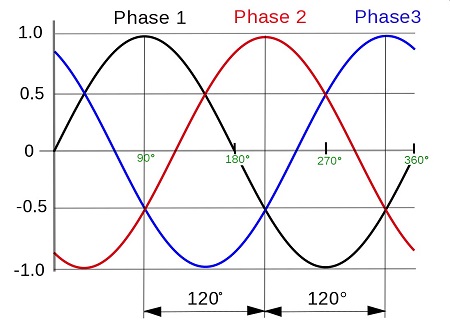 Figure 3. Three-phase AC power waveform. Source: J JMesserly/CC-by-SA-by-3.0this system, each phase wire is out of phase with each other by 120º.

This means that during one cycle (or 360º), the peak voltage will be attained at least six times. As a result, three-phase systems can transmit three times as much power as a single-phase power supply in one cycle. In addition, the power load in three-phase AC systems is constant and never drops to zero, making them ideal for large industrial applications like motors. For example, they eliminate the need for starting capacitors to operate large industrial motors.

There are two common circuit configurations of the three-phase AC system: 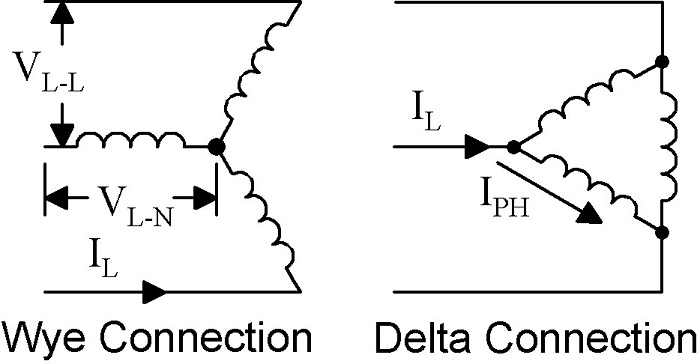 Simply put, delta configurations are ideal in applications that do not require a neutral wire. On the other hand, while star configurations offer application flexibility, it is usually expensive (especially when used in power transmission). This is because engineers would have to run a fourth neutral wire with the same distance as the phase wires.

This article presents helpful information for understanding single-phase and three-phase AC supplies. However, when selecting an electrical device for a particular application, there are several other things engineers must consider in addition to the type of AC power input. For instance, engineers still have to consider power requirements, features, mounting and input voltage when choosing AC motor drives.

By posting a comment you confirm that you have read and accept our Posting Rules and Terms of Use.
Advertisement
RELATED ARTICLES
EMI Filters for Industrial 277 V Single-Phase Applications Including LED Lighting
Examining three-phase transformer corrections
Which Electrical Tape is Right for Your Application?
The Nuts and Bolts of Brushless DC Motors
Abnormal operating conditions for three-phase motors
Advertisement