Trends in the design and application of different capacitor types

In 1745, Ewald Georg Von Kleist discovered that electric charge could be stored by connecting an electrostatic generator by a wire into a glass jar containing water. This discovery sparked a series of activities that led to the discovery of capacitors with higher charge storage capacity. And by 1925, there were several types of capacitors made from different materials and with different capabilities.

It’s been over two centuries since capacitors were first discovered. Yet, newer (and better) capacitor designs have been emerging to solve engineering challenges. Today, four commonly used capacitors include electrolytic, ceramic, film, and supercapacitors. 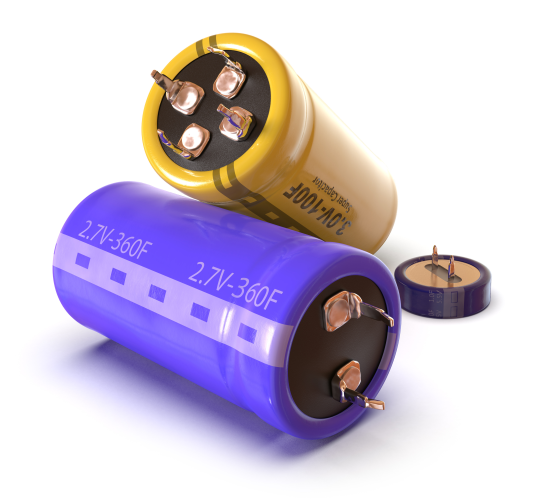 An electrolytic capacitor is a capacitor in which the positive plate is made of an insulating metal (like aluminum and titanium) that forms an oxide layer. This oxide layer acts as the capacitor's dielectric, allowing it to store charges and achieve capacitance values ranging between 1 and 47 µF.

Multilayer ceramic capacitors (MLCCs) are commonly used ceramic capacitors today. These capacitors are made of two (or more) alternating layers of ceramic and a metal layer, which acts as the electrode. They typically have a capacitance value ranging between 1 nF and 1 µF.

Some recent trends in the MLCC industry are highlighted below:

Film capacitors use thin plastics as their dielectric material. They offer stability, low self-inductance (ESL), low equivalent series resistance (ESR), and capacitance values ranging between 1 nF to 30 µF. In addition, these capacitors are not polarized, unlike electrolytic capacitors. This means there is no stringent requirement for the polarity of the voltage connected to the capacitor terminals, making them ideal in several AC applications.

Some recent trends in the film capacitor industry include:

Supercapacitors, also called ultracapacitors, are high-capacity capacitors with higher capacitance values than other types. In addition, these devices can deliver charges at a much higher power output than batteries.

These capacitors work by creating a very thin double layer of charge between two plates, which have a large surface area and are made from porous materials soaked in an electrolyte. This gives them the ability to store more charge.

Supercapacitors, electrolytic, ceramic and film capacitor technologies have evolved with different capabilities and suitability for several applications. Therefore, engineers, technicians and facility managers are advised to reach out to capacitor manufacturers to discuss their application needs.