A team of researchers from the French National Center for Scientific Research (CNRS) has developed metal nanocomposite coatings that improve the insulating properties of window glass.

According to its developers, the coating prevents a significant portion of near-infrared (NIR) and ultraviolet (UV) rays from passing through, while simultaneously admitting visible light. 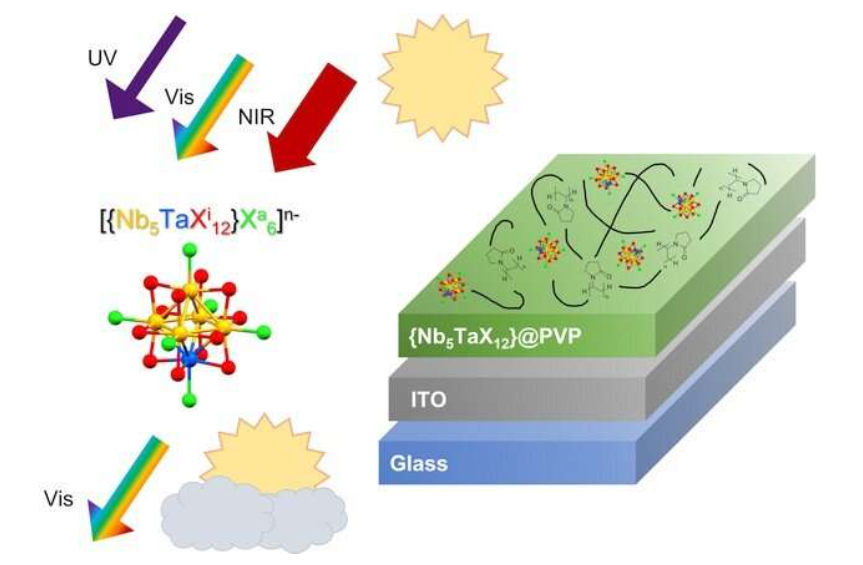 The nanoclusters are dispersed in a PVP matrix that is then coated on ITO glass to block NIR and UV rays while letting visible light pass through. Source: Science and Technology of Advanced Materials

The coating, which is composed of nanocomposites derived from niobium-tantalum cluster compounds containing chloride or bromide ions, was analyzed by the researchers who determined that the chloride-based nanoclusters performed best in terms of blocking NIR and UV rays and allowing for the passage of visible light. The successful blocking of NIR and UV rays by the nanoclusters was reliant on concentration, dispersion and oxidation state.