Recipe for a safe, low-cost battery 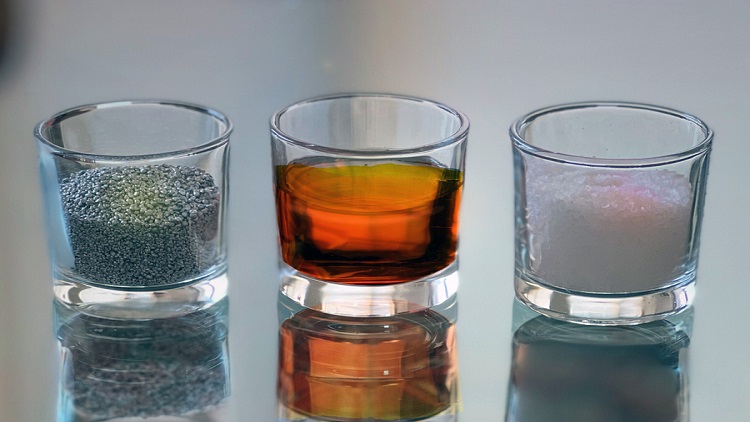 A low-cost, reliable battery architecture has been engineered by an international research team for small-scale energy storage use, such as residential and electric vehicle applications. Composed of aluminum, sulfur and a molten salt electrolyte, the device is considerably less flammable and more readily recyclable relative to its lithium-ion counterpart.

The chloro-aluminate salt electrolyte is resistant to dendrite formation and thus prevents short circuits and battery failure. The use of inexpensive ingredients translates into a cost just one sixth of the price of a similar-sized lithium-ion cell, and the battery requires no external heat source to maintain its operating temperature. The heat is naturally produced electrochemically by charging and discharging processes.

Tests demonstrated that the new battery cells can withstand hundreds of charge cycles, and charge very quickly — often in less than a minute. The cells would cost just one sixth of the price of a similar-sized lithium-ion cell and are considered ideal for installations of about the size needed to power a single home or for use in electric vehicle charging stations.

Researchers from Peking University (China), University of Louisville, MIT, University of Waterloo (Canada), Wuhan University of Technology (China) and U.S. Argonne National Laboratory contributed to this development, which is described in Nature.

By posting a comment you confirm that you have read and accept our Posting Rules and Terms of Use.
Advertisement
RELATED ARTICLES
Oak Ridge licenses tech to take the cobalt out of Li-ion batteries
Lithium Metal Batteries Double the Performance, Improve Safety
Progress in Rechargeable Lithium-Oxygen Battery Performance
Drive range anxiety away with this fast-charging battery
A fast-charging lithium-carbon battery system
Advertisement