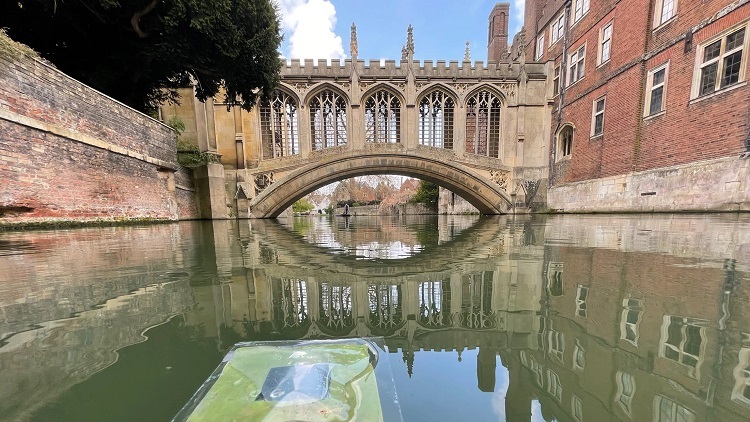 A new type of photosynthetic artificial leaf has been engineered at the University of Cambridge, U.K., as a low-cost, autonomous device light enough to float. When tested on a river, the artificial leaves were demonstrated to convert solar radiation into fuels as efficiently as plant leaves.

The device extends an earlier artificial leaf design that used two perovskite light absorbers paired with a cobalt catalyst, producing oxygen, hydrogen and carbon monoxide from water for subsequent conversion into synthesis gas. However, the thick glass substrates and moisture-protective coatings incorporated rendered the devices heavy and fragile, spurring the search for a less bulky form that would float.

The new design coats thin-film metal oxides and perovskites onto flexible plastic and metal foils. Additional micrometer-thin, water-repellent carbon-based layers prevent moisture degradation of the devices, which delivered solar-to-fuel efficiencies of 0.58% for hydrogen and 0.053% for carbon monoxide during waterway trials.

The floating artificial leaves described in Nature are also scalable too, with devices fabricated from 1.7 cm2 up to 100 cm2. The researchers envision deploying the devices for solar fuels production in open water environments.