A fuel-flexible linear generator that uses low-temperature reactions, rather than combustion, to generate energy has passed key tests demonstrating its ability to run on 100% ammonia or hydrogen, according to developer Mainspring Energy.

The capability of this technology to dynamically switch between natural gas and renewable fuels like biogas and hydrogen results in both high efficiency and low emissions. Full dispatchability, or ability to ramp generation up and down, allows the system to serve fluctuating energy demand and provide backup power. Such load-following capability also means the generator pairs well with onsite solar panels or battery storage, dispatching power when needed, and enabling rapid growth in renewable energy. 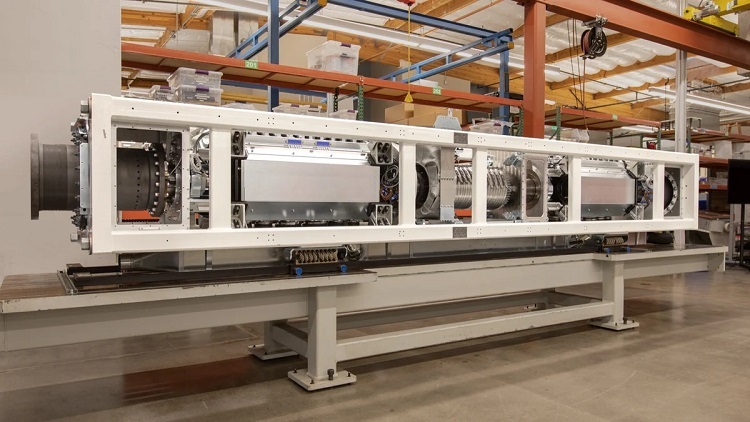 The generators contain a series of programmable oscillators that can be repositioned to switch between different kinds of fuel. The recent demonstration tests confirmed that a modification to the generator’s software would allow the device to utilize either 100% hydrogen or ammonia as a fuel source. The company plans to deliver a model that is UL certified to directly run both hydrogen and ammonia, along with all other gaseous fuels, in 2023.

By posting a comment you confirm that you have read and accept our Posting Rules and Terms of Use.
Advertisement
RELATED ARTICLES
Quiz: Test your hydrogen and fuel cell smarts
Ammonia, Renewables Combine in Energy Storage Demonstrator
New process produces ammonia with zero carbon emissions
Hotel’s Fuel Cells Use Hydrogen Made from Used Plastic
A role for nuclear-based clean fuels in decarbonizing marine transport
Advertisement