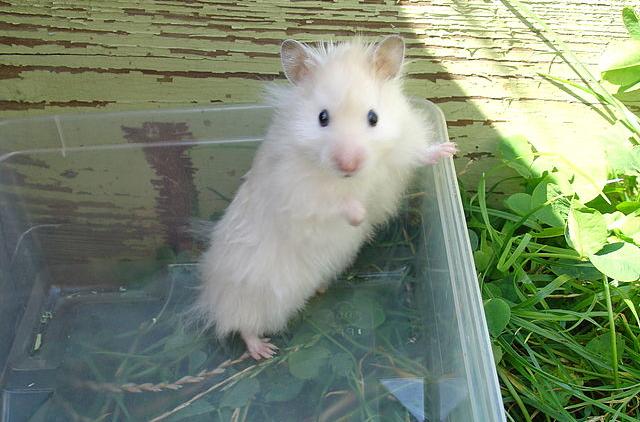 Scientists at Georgia State University have edited the genes of hamsters to study social neuroscience. They have found that the biology behind social interactions may be more complicated than was thought before.

A group of researchers led by regents' professor of Neuroscience H. Elliott Albers and distinguished university professor Kim Huhman used CRISPR-Cas9 technology to stop a neurochemical signaling pathway from working. This pathway is important for controlling social behaviors in mammals. Vasopressin and the receptor on which it functions -- Avpr1a -- control a wide range of social behaviors, from pair bonding and collaboration to superiority and aggressive behavior.

The recent study, which was published in the Proceedings of the National Academy of Sciences (PNAS), found that removing the Avpr1a receptor from hamsters, which stopped vasopressin from acting on them, changed their social behavior in surprising ways.

"We were really surprised at the results," Albers said. "We anticipated that if we eliminated vasopressin activity, we would reduce both aggression and social communication. But the opposite happened."

Simply put, the hamsters who didn't have the receptor communicated with each other much more than their peers who had intact receptors.

Perhaps more noteworthy, the normal sex differences in aggressiveness reported in hamsters were removed, with both male and female hamsters expressing high levels of aggressiveness toward other same-sex hamsters.

"This suggests a startling conclusion," Albers said. "Even though we know that vasopressin increases social behaviors by acting within a number of brain regions, it is possible that the more global effects of the Avpr1a receptor are inhibitory.

"We don't understand this system as well as we thought we did. The counterintuitive findings tell us we need to start thinking about the actions of these receptors across entire circuits of the brain and not just in specific brain regions."

By posting a comment you confirm that you have read and accept our Posting Rules and Terms of Use.
Advertisement
RELATED ARTICLES
Swimming, Flying, Walking in the Holodeck
Researchers Working on Developing an Artificial Nose
Millions of Chinese Citizens Listed in Database Banned from Travel
Saluting medical technology advances on World Cancer Day
AI could use brain waves to create personalized content suggestions
Advertisement