Engineers from Johns Hopkins University are working to develop a nasal spray that could potentially prevent respiratory illnesses including COVID-19 and influenza.

The team reportedly engineered thin, thread-like strands of molecules dubbed supramolecular filaments, which are intended to be sprayed into the nose, where they promise to block harmful viruses from entering the lungs. 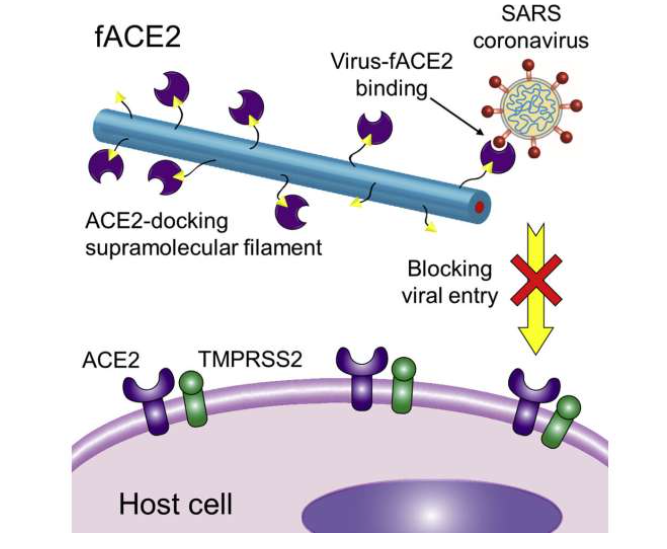 According to the team, the engineered filament will behave like a sponge, absorbing viruses before they bind to cells within the body’s airways.

Making this possible is the way in which the filaments transport a receptor called angiotensin converting enzyme-2 (ACE2). Such receptors are also located in cells in the nasal lining, on the surface of the lung and in the small intestine, and they perform a host of biological functions like regulating blood pressure and inflammation. Through interactions with this receptor, the coronavirus enters the body, with the virus's spike protein “clicking” into this receptor and subsequently replicating. As the virus locks into the cell, the cell is prevented from performing its normal functions, thereby leading to infection.

As such, the team’s engineered filament, dubbed fACE2, will behave as a decoy binding site for the virus where each filament offers numerous receptors for the COVID-19 spike protein to link to, thereby silencing ACE2's functions and avoiding possible side effects.

"Our plan is that this would be administered as a nasal or oral spray, allowing it to be suspended in the lungs or settle on the surface of airways and lungs. When a person breathes in the COVID-19 virus, the virus will be fooled into binding to the decoy receptor and not the ACE2 receptors on cells," the researchers explained.

The team further suggests that fACE2 could also be used to combat other respiratory viruses that employ the ACE2 receptor to infiltrate cells.

The newly engineered filament spray is detailed in the article, Supramolecular filaments for concurrent ACE2 docking and enzymatic activity silencing enable coronavirus capture and infection prevention, which appears in the journal Matter.

By posting a comment you confirm that you have read and accept our Posting Rules and Terms of Use.
Advertisement
RELATED ARTICLES
Capturing coronavirus with nanotraps
Researchers Working on Developing an Artificial Nose
Chew on this to reduce COVID transmission
Ingredient in coffee may protect against COVID-19 infection
Membrane traps viruses from air and water
Advertisement