A research team from Canada’s University of British Columbia has developed a long-acting silver ion-releasing coating that reportedly prevents the formation of bacteria on implants, and thus the risk for dangerous infections. 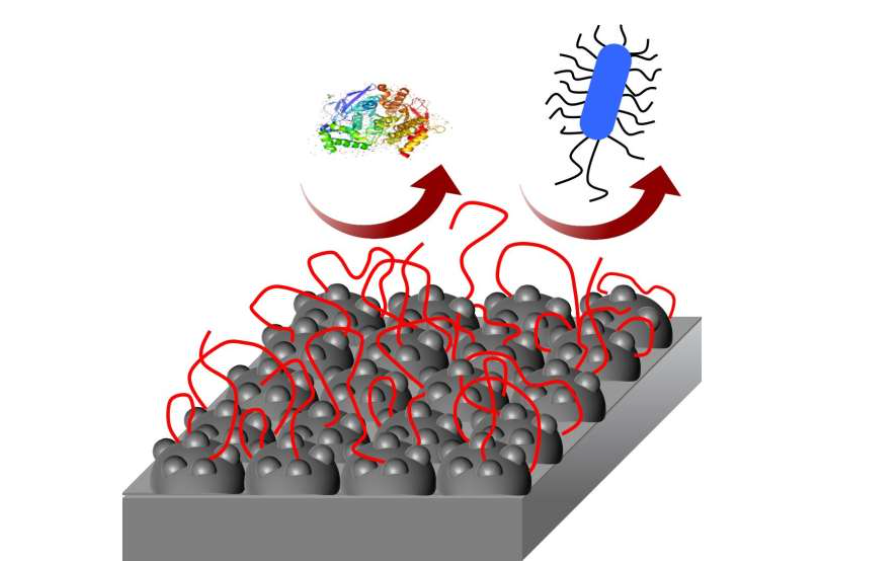 A new type of silver coating (illustrated above) could prevent bacteria from adhering to medical devices. Source: Hossein Yazdani-Ahmadabadi

This gradual release of silver ions reportedly overcomes the obstacle presented by other silver-based coatings wherein silver is toxic to human cells. However, slowly released, the silver ions proved effective against bacteria in experiments with implants in lab rats.

The researchers suggested that the coating could potentially be used on various medical devices and implants to prevent bacterial infection.