An energy security strategy for the UK

The U.K. government has released a new British Energy Security Strategy that details how Great Britain will accelerate the deployment of wind, new nuclear, solar and hydrogen, while supporting the production of domestic oil and gas in the nearer term. Under the plan, 95% of electricity by 2030 could be low-carbon.

The strategy will see a significant acceleration of nuclear power, with a target capacity up to 24 GW by 2050. This would represent up to around 25% of projected electricity demand; low-carbon nuclear currently supplies 15% of power as a steady source of generation to complement intermittent renewables. A new government body, Great British Nuclear, will be established to oversee new projects and the projected delivery of up to eight additional reactors, equivalent to one reactor a year instead of one per decade. 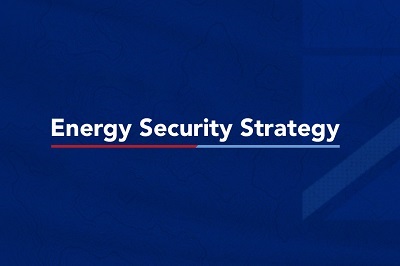 An offshore wind energy target of up to 50 GW by 2030 is planned, with up to 5 GW provided by floating offshore wind systems in deeper seas. This will be supported by new planning reforms to cut the approval times for new offshore wind farms from four years to one year and an overall streamlining to reduce the time needed for new projects to reach construction stages while improving the environment. Partnerships will be sought with a limited number of supportive communities who wish to host new onshore wind infrastructure in return for guaranteed lower energy bills.

A licensing round for new North Sea oil and gas projects is planned in the second half of 2022, as these fuels are crucial for the energy transition and for energy security. The energy strategy notes that producing gas in the U.K. has a lower carbon footprint than that of imported.

The current 14 GW of solar capacity is expected to expand five-fold by 2035 and low carbon hydrogen production is slated to reach 10 GW by 2030.

By posting a comment you confirm that you have read and accept our Posting Rules and Terms of Use.
Re: An energy security strategy for the UK
#1

"wind infrastructure in return for guaranteed lower energy bills". What a load of cobblers. By the time this island builds anything, it will be very over budget, well over the time scale and 20 years behind.

And to boot, the off shore power will be sold to the EU and imported again when they need it. Another slight of hand by politicians, "And for my next trick...."

Re: An energy security strategy for the UK
#2

It looks like the Brits are going to have to babysit lots of spent rods for 50000 years. Or have they got it down to 100 years now?