The autonomous robot — dubbed Javier by Ford — is from the robot manufacturer KUKA and is able to operate the auto giant's Carbon 3D printers both day and night, pausing only for charging breaks. 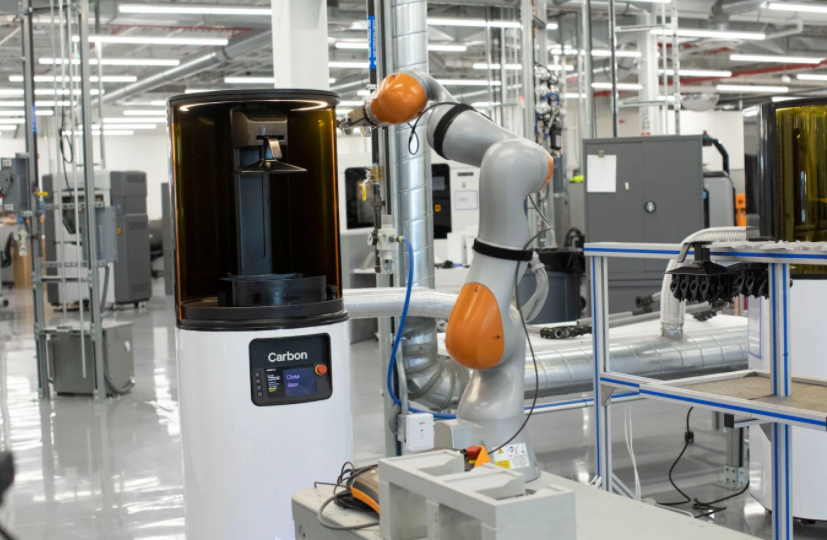 Ford reportedly enabled Javier and the Carbon 3D printer — both of which are from different suppliers — to communicate, or “speak the same language,” by developing a patent-pending application interface program that enables the equipment to communicate real-time feedback.

Achieving this exchange of feedback has been an ongoing challenge because different equipment from different suppliers typically cannot communicate due to separate communication interfaces.

However, Ford’s interface program enables exchanges such as Ford’s Carbon 3D printer telling Javier when a 3D-printed component is finished, for instance.

By posting a comment you confirm that you have read and accept our Posting Rules and Terms of Use.
Advertisement
RELATED ARTICLES
Watch these robots test drive a Ford
MIT Develops Multi-Material 3D Printer
Robot-Mounted 3D Printer Yields Mobile Applications
Extruders could serve as fingerprints for individual 3D printers
Study: 3D Printers Have 'Fingerprints'
Advertisement