According to Vortex Optics, the rifle scope, called Next-Generation Squad Weapons — Fire Control (NGSW-FC), can be used to predict a bullet’s path toward a target even before an operator pulls the trigger. 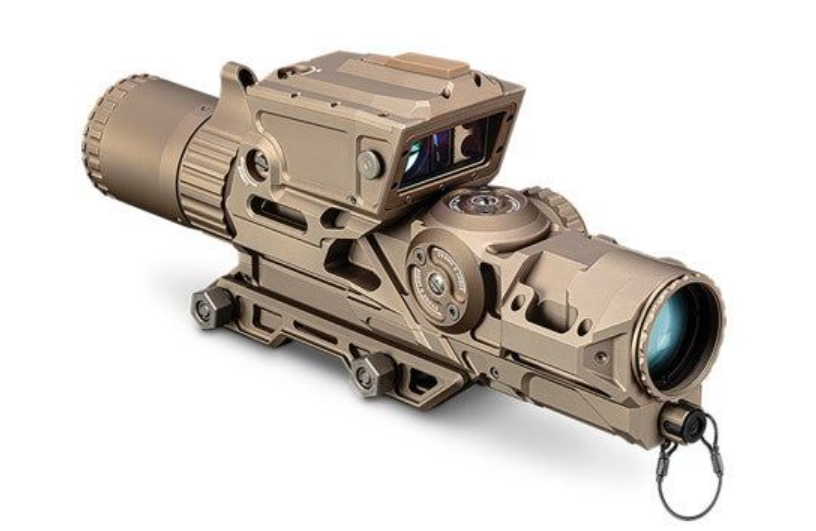 The system reportedly makes such determinations by assessing a number of factors that impact a bullet’s trajectory — for instance air resistance, air pressure, temperature, angles, velocity, muzzle, bullet shape, drag coefficient, wind speed and direction, and gravity, among other factors.

Focusing specifically on gravity and wind speed and direction, which have the greatest impact on bullet trajectory the farther away a target is, the system uses a combination of ranging lasers that measure the distance to a target and sensors that detect wind speeds.

Compatible with most NATA and U.S. Army rifles, the technology reportedly offers between one times and eight times improved magnification.

“The NGSW-FC system is a ruggedized fire control that increases accuracy and lethality for the Close Combat Force. It integrates a number of advanced technologies, including a variable magnification optic, backup etched reticle, laser rangefinder, ballistic calculator, atmospheric sensor suite, compass, Intra-Soldier Wireless, visible and infrared aiming lasers, and a digital display overlay,” according to the system’s manufacturers.

What is the shot pattern at 1000 yards? How much does it cost?