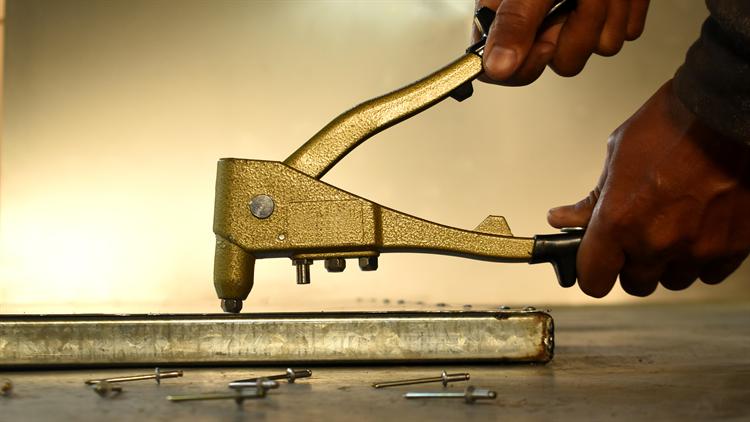 A rivet is a type of mechanical fastener that features a cylindrical stem, commonly referred to as the tail, on one end and the head on the other. The overall construction of this fastener generally looks like a pin.

Solid rivets are the oldest, most popular and most commonly used not only in rivets, but of all fasteners in general. They are reliable and safe and are proven to be effective over a number of applications. Due to their reliability, they are widely used in the aircraft industry. For an application like this, a hammer and anvil are used for forming the solid head of the rivet. The installer must have access to both sides of the hole for installation, so the anvil is held against one side of the rivet, and the hammer hits the other end. Modern-day installers use handheld air hammers for this process; hand hammers are rarely used. It is also common to see riveting and drilling machines used in the aerospace field, and they feature electromagnetic or hydraulic presses to carry out the installation.

POP rivets, also known as blind rivets, are utilized to connect two objects or pieces of material in a fast and efficient manner. Rivets can be installed either with a pneumatic rivet gun or with a hand riveter. POP rivets are tube-shaped and hollow, featuring a hat and a mandrel, and the mandrel is snapped off once it is installed. It is common for the hat and mandrel to both be manufactured out of the same material -- stainless steel, for example -- or sometimes a combination of two materials is used, like a copper hat and a brass mandrel. Measurements for rivets come from the installed grip length and range. 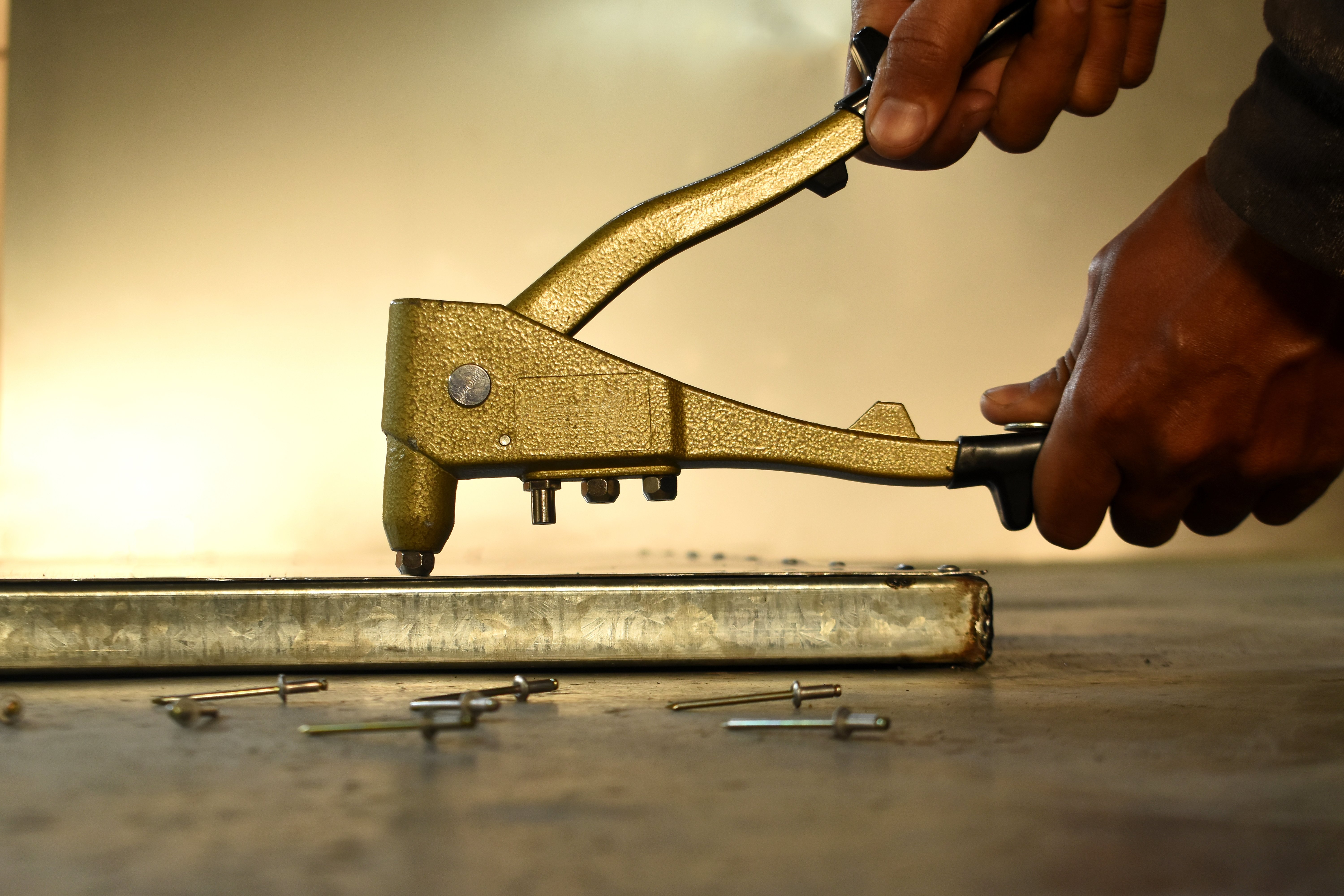 How do rivets work?

Rivets can either be installed by drilling, placing or punching them into a hole. After it is installed, the tail is deformed, securing the rivet in place. The tail is deformed by smashing or pounding, which flattens the material and expands the tail about one a half times its diameter. When the installation is completed, the rivet should look like a dumbbell. Riveting can create either butt or lap joints that can have a multitude of different configurations, like zigzag, single and double formations.

What applications can rivets be used for?

There are many applications that rivets can be used for. In many cases, the use of rivets takes the place of a nut and bolt. Here are some of the most common applications of riveting:

The materials that are used for rivets have to be ductile and hard. Generally, they are made of steel like low-carbon steel or brass, aluminum, copper, or nickel steel. When a liquid-tight joint and extra strength is needed, steel rivets are installed.

[Learn more about rivets on GlobalSpec.com]

What are the different varieties of rivets?

There are a lot of different types of rivets. Here are some of the most common types that you are likely to come across:

There are some drawbacks to using rivets rather than other types of fasteners. Riveting takes longer than welding, holes must be drilled and a suitable layout drawn up. This results in riveting costing more than welding due to the cost of labor. There will also be stress concentration around the holes that have to be made in metal. Riveting also weighs more than welding due to the rivets and strap plates, and there is also the aesthetic of riveting that in some applications is not acceptable.

All of these drawbacks need to be taken into account when choosing riveting or other forms of joining, however, riveting has been around for thousands of years for a reason!

So, what do you think of rivets? Do you use them often, or have had any bad experiences with them? Engineering360 would love to hear your thoughts in the comments below!

By posting a comment you confirm that you have read and accept our Posting Rules and Terms of Use.
Advertisement
RELATED ARTICLES
Watch the mesmerizing installation of hot forged rivets
PNNL patents new riveting technique for faster production
High capacity cordless blind riveter for the sheet metal toolbox
System for Self-clinching Fasteners
Fastening and Assembly (Feb. 6 - 12)
Advertisement