Engineers from Stanford University have developed a bird-like robot that is capable of perching on branches of various shapes, sizes and textures.

The robot, dubbed “stereotyped nature-inspired aerial grasper," or SNAG, is attached to a quadcopter drone and is inspired by the peregrine falcon. 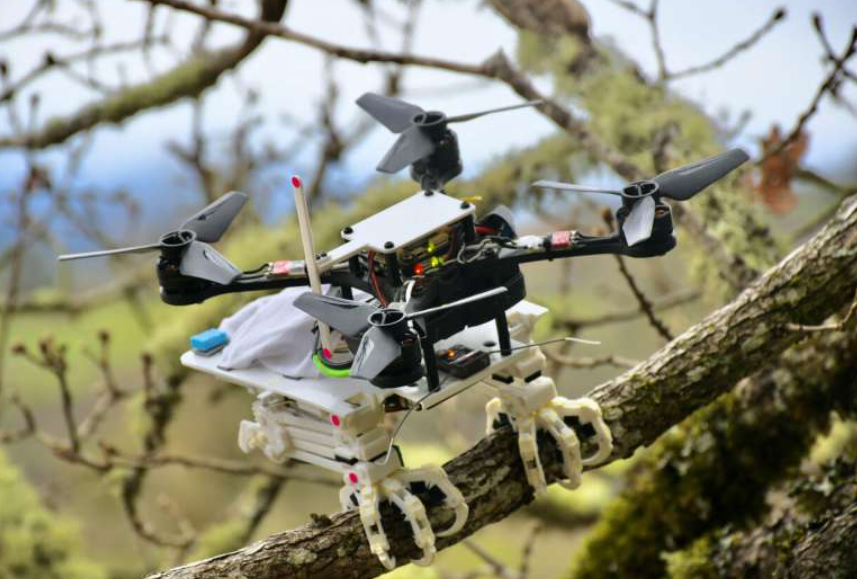 SNAG features a 3D-printed body, motors and fishing line for mimicking muscles and tendons. According to its developers, SNAG can close its clutch in just 20 milliseconds.

Additionally, each of SNAG’s legs features its own motor for moving and grasping. Likewise, a mechanism exists in the robot's leg that absorbs landing impact energy and reportedly converts it into grasping force.

When SNAG wraps itself around a branch, the robot’s ankles lock and an accelerometer on one of the feet communicates that SNAG has landed, thereby triggering a balancing algorithm that stabilizes it.

The engineering team suggests that SNAG could be used for applications such as search and rescue and wildfire monitoring.

The study, Bird-inspired dynamic grasping and perching in arboreal environments, appears in the journal Science Robotics. For more information, watch the accompanying video that appears courtesy of Stanford University.

Re: Watch a bird-inspired robot capable of perching
#1

Re: Watch a bird-inspired robot capable of perching
#2

Awesome n innovative ! we are very near to BROBOT ( robot with all birds brain logic n control for its flight management