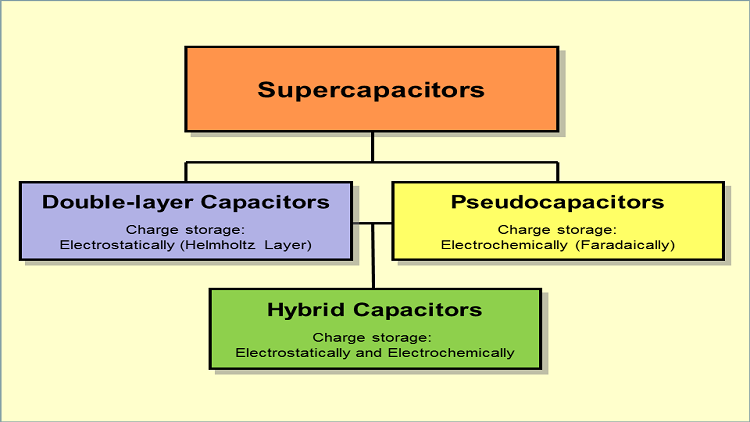 The demand for advanced materials spurs development of new technology but commercial feasibility is the primary criterion for the viability of any new technology. The graphene and natural carbon derivatives available as oxides, such as graphene oxide, carbon nanotubes and graphene quantum dots fulfill new material demands. At the moment, researchers are concentrating their efforts on developing low-cost carbon electrode materials for energy storage devices such as lithium-ion batteries and high-energy-density supercapacitors. With the advancement of future technologies, the world today needs a considerable supply of carbon nanomaterials with superior mechanical, chemical, thermal and physical capabilities.

A supercapacitor's primary role is to accumulate energy via the spread of charged ions in the electrolyte on the electrode surfaces. The first type of supercapacitor, the electrical double layer capacitor, supports the reversible electrostatic buildup of ions on the surface of a porous electrode. This category includes carbon compounds with a large surface area. Second, the pseudocapacitor category includes the reversible redox reaction with electrolyte ions, which ions react with surface functional moieties. Pseudocapacitive energy storage is made up of a few oxide compounds of transition metals like manganese and ruthenium, conducting polymers and hetero-atom-doped carbon compounds.

Pros and cons of supercapacitors

As a novel kind of energy storage, the supercapacitor offers the following advantages:

2. Capable of delivering a high current. A supercapacitor has an extremely low equivalent series resistance (ESR), which enables it to supply and absorb large amounts of current.

3. Extremely efficient. The supercapacitor is an extremely energy-efficient component. When charging and discharging them, very little charge is lost.

6. Voltage range is extensive. The supercapacitor is capable of running at any voltage less than its continuous operating voltage.

The key drawback of a supercapacitor is that its cell voltage is quite low. Multiple cells are connected in series to achieve larger voltages, which may create further issues. However, such problems can be resolved by load leveling and voltage balance technologies.

Supercapacitors are used as standalone energy sources or in conjunction with other devices. The following are some of the devices that are making use of supercapacitors:

• Portable devices. Supercapacitors are employed as an energy source in portable screwdrivers and camera flashes, as they require only bursts of energy and speedy and continuous recharging.

• Memory backups. Supercapacitors with a rapid response time provide a temporary solution to a momentary interruption of the memory's power source.

• Decoupling of energy and power requirements. Supercapacitors are employed to meet energy requirements while a different system provides the primary source of energy. Decoupling of this type is used in hybrid and electric automobiles.

• Regeneration devices. Supercapacitors can recover energy released by machines that perform repetitive and steady movements. They are found in a variety of applications, including elevators and cranes, as well as in the braking systems of electric or hybrid vehicles such as buses, trains, and delivery or garbage trucks.

• Electrical energy distribution and storage. Supercapacitors are capable of compensating for short-duration fluctuations in voltage signals in the distribution line and for bridging the gap between production and consumption of electricity. Additionally, supercapacitors are utilized to restart power systems that have failed or to provide energy until the original source is reinstated. Supercapacitors are also employed as energy storage devices in renewable generation plants, most notably wind energy, due to their low maintenance requirements.

Supercapacitors are a subset of electrochemical energy storage systems that have the potential to resolve the world's future power crises and minimize pollution. They are categorized into two broad categories based on their charge storage mechanism: electric double-layer capacitors and pseudocapacitors. They offer advantages such as long life, efficient delivery of high current, extensive temperature and voltage range, and easily monitored state of charge. As these devices store less energy when compared with batteries, researchers must focus on the development of novel materials capable of improving supercapacitor performance not only in terms of storage capacity but also in terms of rate capability and long-term stability. 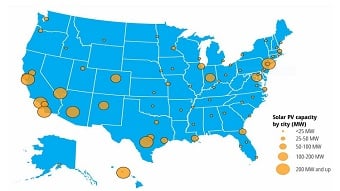