Scientists at Rice University in Texas have developed a smart, 3D-printed military helmet in what the university calls a first of its kind technology.

The printable military helmet, developed under the university's so-called Smart Helmet program, features a nanomaterial enhanced structure and embedded sensors that reportedly protect the brain against the impacts of kinetic or directed-energy. 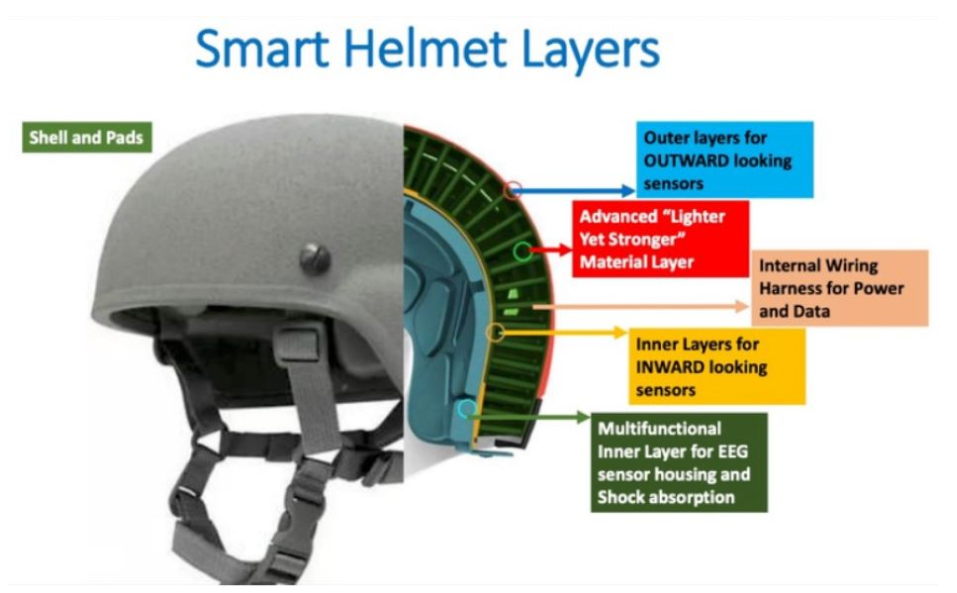 According to the Rice team, 3D printing enables technology — image processing, artificial intelligence (AI), haptic feedback and energy storage — to be incorporated into the helmet and thus create an always-on wearable that is capable of detecting threats and responding with countermeasures designed to keep military personnel safe.

This, according to researchers, modernizes current military helmets, which have demonstrated little evolution in the last few decades.

The Smart Helmet program has received funding from the U.S. Office of Naval Research through the Defense Research University Instrumentation Program to develop the 3D-printed military helmets.

By posting a comment you confirm that you have read and accept our Posting Rules and Terms of Use.
Advertisement
RELATED ARTICLES
Carnegie Mellon researchers develop haptic helmet for firefighters
Study: WWI-era helmets perform as well as, if not better than, modern-day counterparts
Football Helmet Absorbs Impact
Video: DURABIO, a plant-based bio plastic, adopted for industry’s first biomass helmet
Honeycomb Design Could Raise the Bar in Impact Protection
Advertisement