Study: WWI-era helmets perform as well as, if not better than, modern-day counterparts 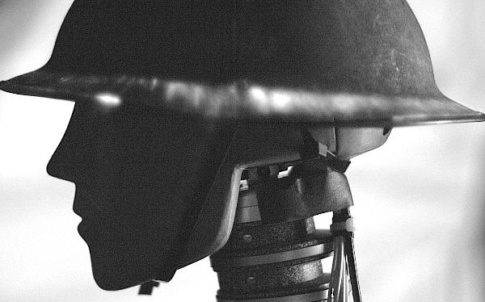 A Brodie helmet used by American and British forces in WWI. Source: Joost Op ‘t Eynde, Duke UniversityBioengineers from Duke University have determined that a helmet from World War I (WWI) outperformed modern-day equivalents in terms of protecting the wearer’s brain from blast waves.

To determine this, the bioengineers measured the performance of WWI-era helmets worn by soldiers in the U.K. the U.S., France and Germany against the performance of a modern-day helmet from the U.S. called the Advanced Combat Helmet.

To test their performance, the bioengineers used a shock tube that was pressurized with helium and added pressure until the membrane wall burst, which released gas in the form of a shock wave. Beneath the shock tube was a dummy outfitted with pressure sensors. By repositioning the dummy while wearing all of the helmets under testing at a range of distances from the blast to simulate German artillery, the researchers determined that the WWI-era helmets performed as well as the modern-day Advanced Combat Helmet in terms of withstanding ballistics and blunt force. Yet, when looked at in terms of how the helmets performed by reducing the risk of moderate brain bleeding, one helmet stood out among the rest: the 1915 French "Adrian" helmet.

According to researchers, this WWI-era helmet best protected the wearer from blast waves due to a strategically placed crest in the helmet’s crown. While originally designed to deflect shrapnel, the researchers believe that the crest also deflected shock waves.

The research appears in the journal PLOS One.