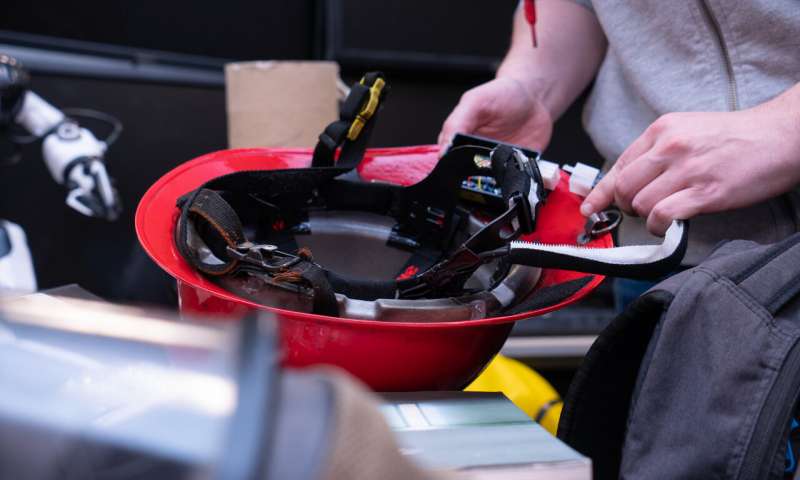 Firefighters do not need extra time to put on the helmet because the haptics are embedded inside the prototype. Source: Carnegie Mellon EngineeringA research team from Carnegie Mellon University has developed a helmet for firefighters that communicates haptic instructions during a fire or other disaster.

The team from Carnegie Mellon developed the so-called “haptic helmet” so that firefighters battling a fire or other disaster can maintain communications, which can be hindered by conditions such as excess smoke, putting firefighters’ lives in even greater danger.

To develop the haptic interface prototype, researchers modified an existing firefighter helmet and outfitted it with haptic actuators, which enable users to interact with a computer via body movements. The actuators work in conjunction with a control box and radio module to communicate instructions in the form of haptic signals.

While still in development, the Carnegie Mellon University team will continue to improve upon the helmet technology, using feedback from a group of participating Pittsburgh firefighters working alongside the researchers.

To see the helmet in action, watch the accompanying video that appears courtesy of Carnegie Mellon University.