NASA is looking to demonstrate the practicalities of using an infra-red laser for point-to-point communications in space. The Laser Communications Relay Demonstration (LCRD) project has already loaded the proof of concept technology demonstrator onto a launch vehicle. It should shortly be placing the host spacecraft into orbit at the end of the year. 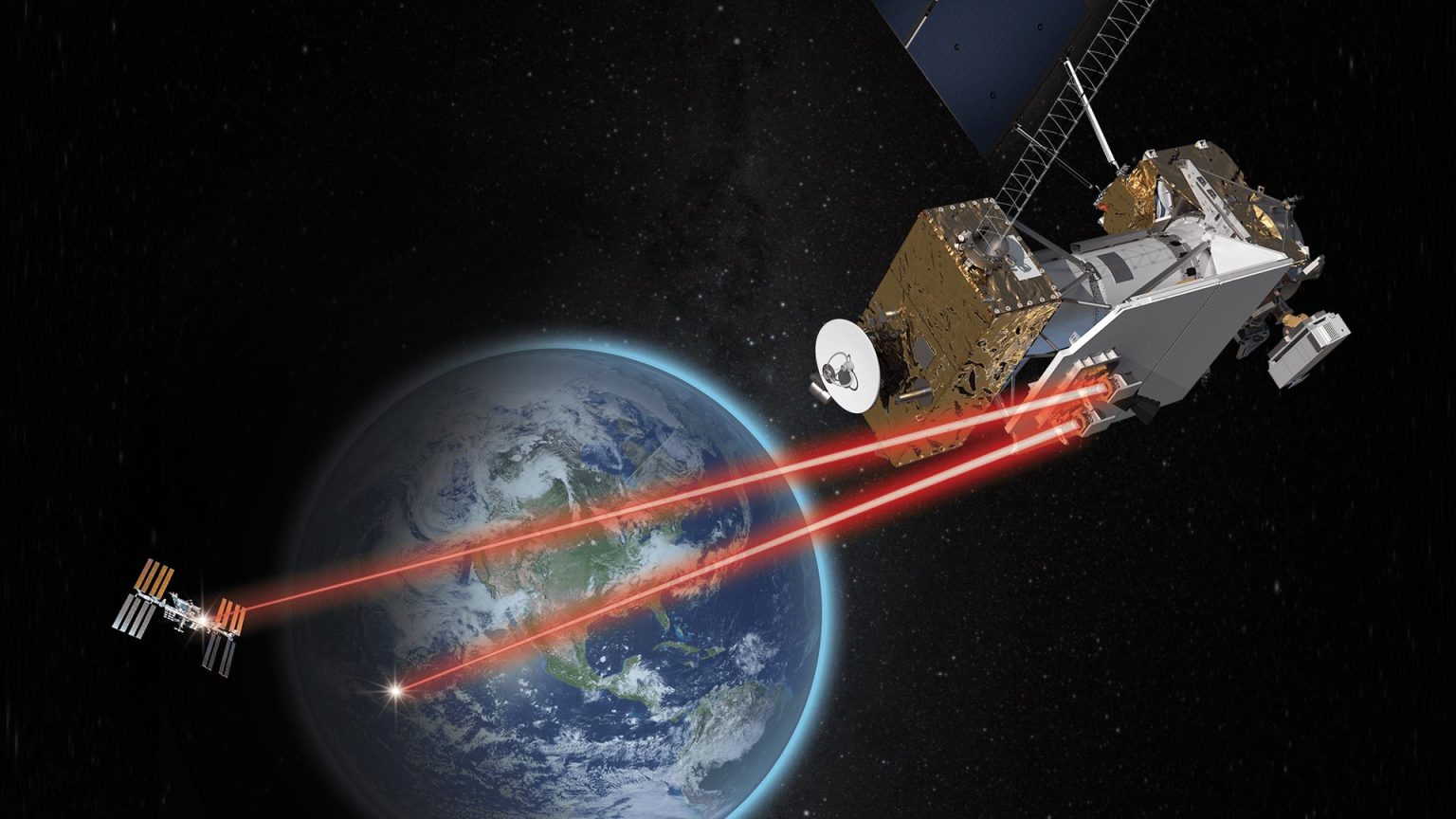 Increasing complexity and higher resolution imaging, including 4K video streams, are placing ever-increasing demands on communications channels. However, traditional radio frequency (RF) communications restrict bandwidth, which has promoted NASA to look to optical communications technology. As a result, NASA expects that there will be an increase in data throughput by a factor of between one and two orders of magnitude. The higher carrier frequency allows more data per second to be encoded.

NASA is expecting to achieve transmission rates of 1.2 gigabits per second. To put that in context, it can transmit in 10 seconds the same information that the Hubble space telescope can send in one week.

Another advantage of using a laser rather than RF is the transmitted beam is much more compact and focused. The narrow beam-width reduces the effects of external interference sources to provide more reliable message transmission. It also reduces any risk of message interception should this be relevant for the nature of the communications. There is, of course, a downside. Aiming the laser from the transmitter to the receiver must be more precisely controlled. Any miscalculation or unwanted movement may move the laser beam sufficiently to miss the target, meaning the receiver will not receive the message.

The aim is to place the host spacecraft into geosynchronous orbit and test its ability to act as a two-way communications relay. In addition, the plan is to communicate using ground stations in California and Hawaii to test the directional control of the spacecraft’s laser system and explore the effects of the earth’s atmosphere on signals.

By posting a comment you confirm that you have read and accept our Posting Rules and Terms of Use.
Advertisement
RELATED ARTICLES
NASA selects four small businesses for its Artemis moon mission
Pair of New NASA Spacecraft to Study Earth’s Water Cycle
LIDAR Gives Sight to Autonomous Vehicles
NASA Invests in Gravitational Lens Imaging, Laser-Particle Beams and Other Visionary Technology
New Hardware Could Expand Fiber Optic the Last Mile
Advertisement