Video: NASA Wants to Pump You Up for Future Space Travel

NASA issued a video over the weekend that serves as a trailer for its future programs in space.

In the video, which is narrated by actor Mike Rowe, NASA shows footage from previous missions including trips to the moon and deep space exploration but then talks about the future of space travel including going back to the moon permanently as the first step toward a manned mission to Mars.

The video is filmed in such a way that it almost serves as a Hollywood blockbuster trailer or preview to an upcoming season from a television show in the hopes of getting people excited about what the future holds.

In other NASA news, the space agency announced it has chosen Jezero Crater as the landing site for the upcoming Mars 2020 rover mission after searching for the right spot for the past five years. 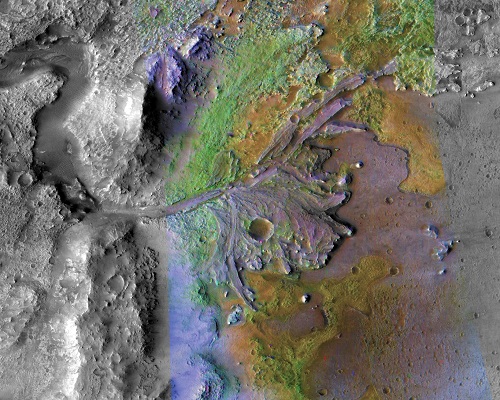 Mars' Jezero Crater will be explored by the next Mars rover. Source: NASAThe mission is scheduled to launch in July of 2020 as the next step toward exploration of the Red Planet. The rover will seek signs of ancient habitable conditions such as past microbial life but will also collect rock and soil samples and stock them in a cache on the planet’s surface, NASA said.

NASA and the European Space Agency are studying future mission concepts to retrieve the samples and return them to Earth in order to further study the materials and set the stage for the next decade of Mars exploration.

“The landing site in Jezero Crater offers geologically rich terrain, with landforms reaching as far back as 3.6 billion years old, that could potentially answer important questions in planetary evolution and astrobiology,” said Thomas Zurbuchen, associate administrator for NASA’s Science Mission Directorate. “Getting samples from this unique area will revolutionize how we think about Mars and its ability to harbor life.”

Jezero Crater is located on the western edge of Isidis Planitia, which is a giant impact basin just north of the Martian equator. This area has some of the oldest and most scientifically interesting landscapes on Mars. NASA scientists believe the 28-mile-wide crater was once home to an ancient river delta and there could be signs of microbial life from the water and sediments that flowed into the crater billions of years ago.

Meanwhile, earlier this month, NASA said it was going to retire the Kepler space telescope because it has run out of fuel. Now, NASA has flipped the "goodnight" command to Kepler, which is the final set of commands to disconnect communications with Earth.

The NASA team disabled the safety modes that could inadvertently turn systems back on and severed communications by shutting down the transmitters onboard Kepler. The team will monitor the spacecraft to ensure that the commands were successful and now it is drifting in a safe orbit around the sun, 94 million miles away from Earth.

By posting a comment you confirm that you have read and accept our Posting Rules and Terms of Use.
Advertisement
RELATED ARTICLES
NASA launches new rover Perseverance to Mars
The Mars Helicopter is packed and prepared for launch
NASA’s Ingenuity helicopter takes flight on Mars
Monitor the Mars 2020 Perseverance mission with this NASA visualization tool
NASA Retires Planet-Hunting Kepler Space Telescope
Advertisement