Drones: The future of healthcare? 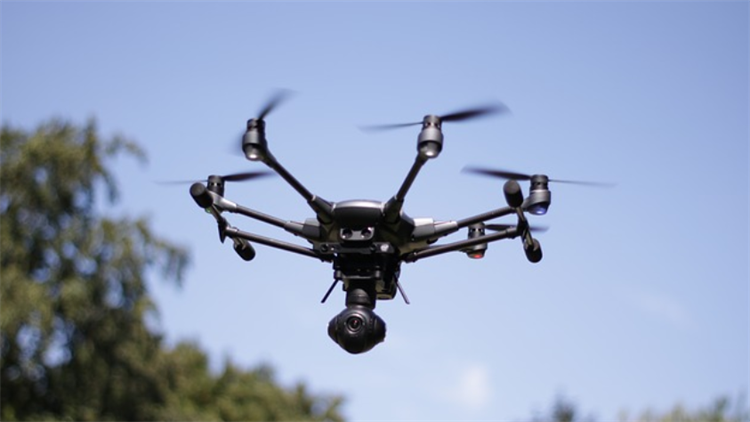 Once largely thought to be technology designed exclusively for the defense and military sectors, drones have proven their might in other, unexpected realms, namely: healthcare. As the technology makes inroads in the healthcare sector, it begs the question: Are drones the future of healthcare?

Join Engineering360 as it seeks to answer this question and explores the various healthcare tasks that can now be accomplished using drones in pursuit of automating tasks in the healthcare industry, thereby lightening the load on overextended and understaffed healthcare facilities.

The most recent — and possibly most impressive — demonstration of drones used for healthcare tasks occurred in Toronto, Canada, where lungs destined for transplant were transported via drone from Toronto Western Hospital to Toronto General Hospital. The minutes-long flight bypassed traffic and reportedly improved the timeline between recovery and delivery — critical in such cases as transportation logistics have previously challenged transplant efforts.

Prior to drones, organ transport logistics included many intricate components — couriers, commercial aircraft, healthcare personnel for handling the transplant — in order to successfully get from point A to point B. Issues affecting any critical link in this chain could potentially threaten the viability of the transplant and the subsequent outcomes of the procedure. Yet, drones can reportedly reduce costs and delivery times while improving the viability of the organ and, ultimately, the success of the transplant.

Watch the accompanying video that appears courtesy of the BBC to see the monumental flight.

Delivery of medications, vaccines and messages

Amid the ongoing COVID-19 pandemic, drones have been a proven vehicle for delivering vaccines, food, medications and messages, among other items. Examples of their capabilities are emerging from every corner of the world. For instance, in Indonesia, drones has been leveraged to contactlessly deliver necessary food and medication supplies to remote residents via the Makassar Recover Drone Medic team. Meanwhile in Hyderabad, India, drones delivered COVID-19 vaccines to isolated regions of the country beyond the visual line of sight (BVLoS); drones are typically only allowed to be flown within the line of sight of the operator.

Similarly, Pfizer leveraged drone technology in Baimiao Village in the Chinese city of Xichang to deliver messaging — against a backdrop of a light show in the sky — about staying healthy amid a worldwide pandemic. Some of the tips communicated via drone included messaging about handwashing, childhood vaccinations and mask-wearing, among others. 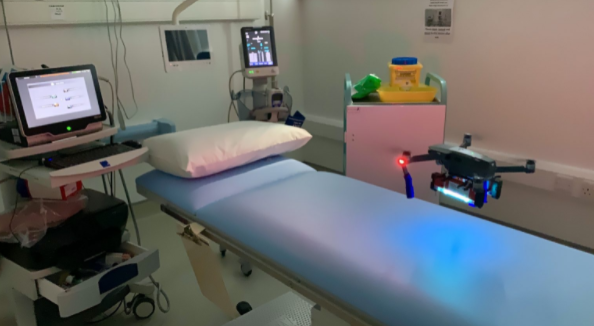 A team of scientists from the National University of Ireland Galway’s Health Innovation via Engineering (HIVE) lab has developed a drone that is capable of emitting ultraviolet (UV) light to sterilize surfaces in public places amid the COVID-19 pandemic.

Called the UVC Drone, the device is designed to sterilize public spaces — including restaurants, hospital wards, shopping centers and airports, for example — from above with rays from the UVC band of UV light, emitting high frequency, short wavelength bursts of radiation that are imperceptible to the human eye.

Led by artificial intelligence (AI) algorithms, the drones can emit the microorganism-killing light, which is dangerous for humans, over predetermined locations and times — generally at night and when the space is unoccupied.

In the early days of the COVID-19 pandemic, drones outfitted with loudspeakers were being used all over the world to ensure that people were keeping a safe distance from one another at public parks, beaches and other destinations where people frequented during assorted lock downs and closures.

Hobbyists even took matters into their own hands as happened in New York City when a so-called “Volunteer Drone Task Force,” reportedly flew over public parks in Manhattan, reminding people to maintain social distances of no less than 6 ft.

Other instances throughout the world — unlike the unofficial drone task force flying over New York City parks — featured drones issuing similar reminders, but in a more official capacity. Law enforcement agencies throughout Germany, China, France and the U.S., to name just a few, have employed drones to spread the message about the importance of social distancing amid the worldwide pandemic.

These are just a few examples of how drones are changing the face of healthcare. As the technology becomes more sophisticated and the capabilities enhanced, it is safe to say drones will play a larger role in the healthcare industry, lightening the load on overtaxed healthcare workers. Consequently, Engineering360 answers the question posed at the beginning of this article — are drones the future of healthcare? — with a resounding "yes!"

By posting a comment you confirm that you have read and accept our Posting Rules and Terms of Use.
Advertisement
RELATED ARTICLES
Video: Donor organ delivered by drone in Maryland
Drones Used for Remote Healthcare Service Delivery
Scientists in Ireland develop UVC light-emitting drone to disinfect surfaces amid the pandemic
5 pandemic innovations that are here to stay
Collaborators develop radar tech for identifying drones
Advertisement