Extreme fast charging (XFC) technology pioneered by StoreDot, an Israel-based developer of battery systems for electric vehicles (EVs), has been applied to the design of a prototype 4680 form factor cell. The cylindrical cell featuring silicon-dominant technology was demonstrated to fully charge in 10 minutes.

The 4680 format is increasingly favored by global car makers and expands XFC offerings from StoreDot, which include a first-generation pouch battery demonstrated to fully charge a two-wheeled EV in just 5 minutes. 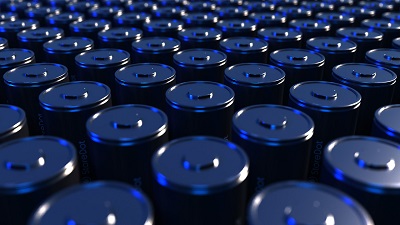 StoreDot 4680 cylindrical cells. Source: StoreDotThis cell, which can offer ultra-fast charging to a number of other industries, such as commercial drones and consumer electronics, uses metalloid nanoparticles instead of graphite in the anode, a design advance expected to bring improvements in terms of safety, battery cycle life and swelling.

The patent pending technology incorporates hardware and software advances that create a “booster” feature, allowing the battery to analyze the capability of the charging station in real time and to adjust the battery’s ability to carry high current rates. This communication between a vehicle’s XFC battery and charging system means that cells can be charged faster, safely accepting a higher current without overheating. The XFC batteries, engineered with participation from Warwick University, U.K., and BP researchers, are designed to be produced on existing lithium-ion battery manufacturing lines.