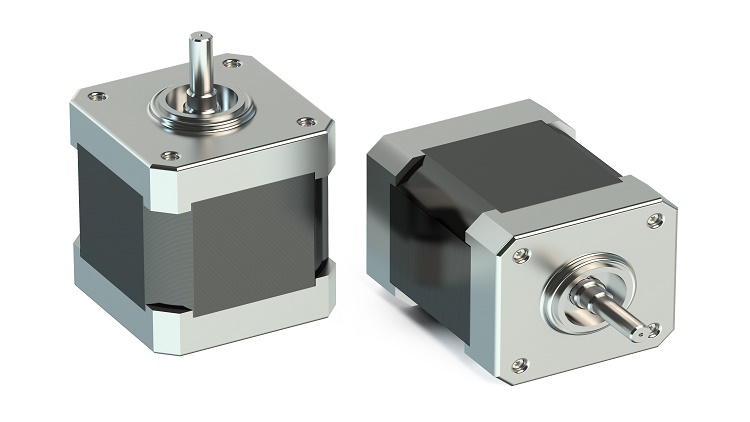 Stepper motors are electromechanical devices that move in precise angles (called steps) by converting electrical pulses into rotational motion. Their design allows precise positioning and repeatability of movement, making them ideal in applications that require intermittent motion like 3D printing and robotics, among others.

But even with the popularity of these motors across different industries, improper sizing or selection remains one of the most common causes of undesirable performance. For example, undersized motors cause excessive heat, positioning errors and stalling. In contrast, an oversized stepper motor causes jittery motion, loud noise and inaccurate steps.

This article provides useful information about selecting stepper motors. It will explain some of the key terms and parameters relating to stepper motor selection.

Phase is simply the momentary condition of the stepper motor; it describes how the electromagnetic coil groups (present in the motor) are energized and in which direction they are energized. Stepper motors usually have two phases, but three- and five-phase motors are also common.

Poles can be defined as the regions in a magnetized body where magnetic flux density is concentrated. Stepper motors usually have up to 100 pairs of north and south poles, allowing them to position accurately without the need for positional feedback.

Step angle is the angle that the stepper motor’s rotor moves when one pulse is applied to the input. It shares a relationship with the number of phases, number of stator and rotor poles, and the full step angle of the stepper motor, according to the equation below:

The type of load the system is required to transmit plays a significant role in stepper motor selection and design. Frictional and inertial loads are the two primary load types that stepper motors support, with the latter requiring some special design requirements. As a rule for inertial loading, include some type of transmission to match the motor and the load torque.

It is recommended that engineers determine the linear (or rotary force) and supply voltage required to move the load at the desired speed and accelerations. Once these values are determined, select a stepper with twice as much torque as required at the target operating speed and choose a motor rated at about ¼ supply voltage.

Resolution describes the smallest angle a stepper can move while rotating. It can be calculated using:

For example, a stepper with 200 steps per revolution will have a resolution of 1.8° per step. This is the full step mode resolution, and it is achieved by energizing both windings while reversing the current alternatively. Stepper motors working with half step mode have the windings energized alternatively, causing the rotor to rotate at half the distance (a resolution of 0.9°/step)

Keep in mind that smaller resolutions (as small as 0.007°/step) can be achieved using stepper motors with micro-stepping technology.

By posting a comment you confirm that you have read and accept our Posting Rules and Terms of Use.
Advertisement
RELATED ARTICLES
How to reduce stepper motor noise and vibration in motion control
Actuonix linear stepper actuators: High precision at low cost
5 tips for implementing an integrated stepper linear actuator system
Faulhaber raises the bar with new AM3248 stepper motor
Magnetically preloaded single-axis linear stepper motors from H2W
Advertisement