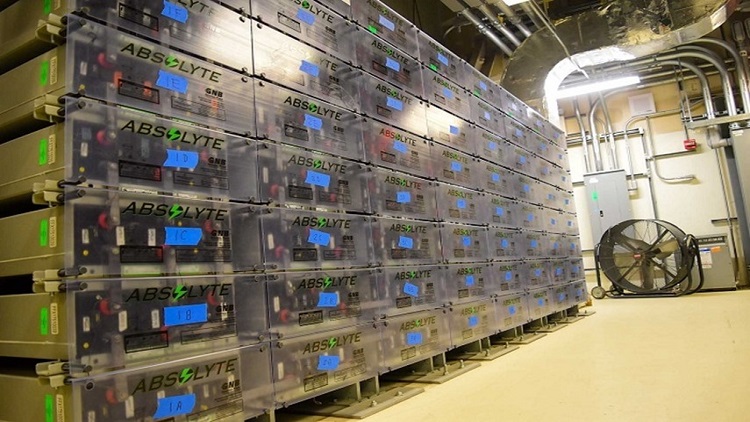 Startup testing of a battery-powered backup electrical system for the Low-Activity Waste (LAW) Facility at the Hanford Site near Richland, Washington, has been completed. The uninterruptable electrical power system is vital to safeguarding the U.S. Department of Energy (DOE) facility, part of Hanford’s Waste Treatment and Immobilization Plant, in the event of a temporary power loss.

A planned loss-of-power test will next demonstrate the plant’s ability to respond in the event of a loss of electrical power by placing the LAW Facility into a safe configuration and restoring power to two 300-ton melters for continued operations. During waste vitrification, the melters will heat low-activity tank waste and glass-forming materials to 2,100° F, after which the molten mixture is poured into stainless steel containers for disposal. About 90% of the 56 million gallons of waste stored in underground tanks is low-activity waste.

Take a virtual tour of the Hanford complex, which is scheduled to start treating low-activity waste by the end of 2023.

By posting a comment you confirm that you have read and accept our Posting Rules and Terms of Use.
Advertisement
RELATED ARTICLES
GAO Report: Nuclear Waste Treatment Options for the Hanford, WA, Site
Watch this animation of DOE’s direct-feed waste treatment process
Cave-in Occurs at Hanford Waste Site
Video: Cleanup complete at plutonium finishing plant
Here's how hydrogen is powering homes and industry
Advertisement