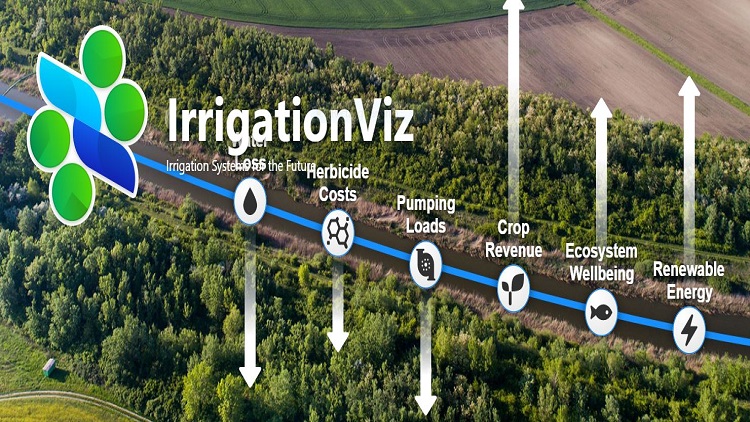 Irrigation systems no longer just deliver water for agricultural operations: the technology has advanced to also generate in-conduit hydropower to power electric pumps. The rights of way for pressurized irrigation pipes can also be used for fiberoptic cable, bringing broadband to rural areas that may currently not have high-speed internet options.

A new decision support and visualization tool has been developed to help communities estimate how much water is lost by an irrigation system, how much water would be saved by specific investments, and how much hydropower potential there is in the system. The IrrigationViz system can help users select higher value crops that could be planted based on the improved water reliability, water purification and habitat benefits of including wetlands, and connectivity between surface and groundwater sources.

Developed by the U.S. Department of Energy’s Water Power Technologies Office (WPTO), U.S. Idaho National Laboratory and the U.S. Pacific Northwest National Laboratory (PNNL), the decision-making support tool is intended to help interested parties produce master plans, enabling them to identify the highest priority projects for their system. Using a combination of public and local data and geographic information systems, the IrrigationViz helps irrigators produce the plans needed to access federal funding programs, such as those of the U.S. Department of Agriculture.

By posting a comment you confirm that you have read and accept our Posting Rules and Terms of Use.
Advertisement
RELATED ARTICLES
Water balance tool streamlines water evaluations
Watering Down Costs, Energy Needs of Drip Irrigation
Database tracks global water use trends, 1971 to 2010
Water management during floods and droughts
Non-powered Dams: An Untapped Source of Electricity?
Advertisement