Using proprioception, which is the perception of limbs and how they are used in environments without vision — think touching one’s nose with one’s finger while their eyes are closed — the team enabled Cassie to mount and descend stairs. According to Agility Robotics, this approach uses just a fraction of the processing power that would be necessary to accomplish such a task using lidar sensors commonly employed in autonomous vehicles or other robots. 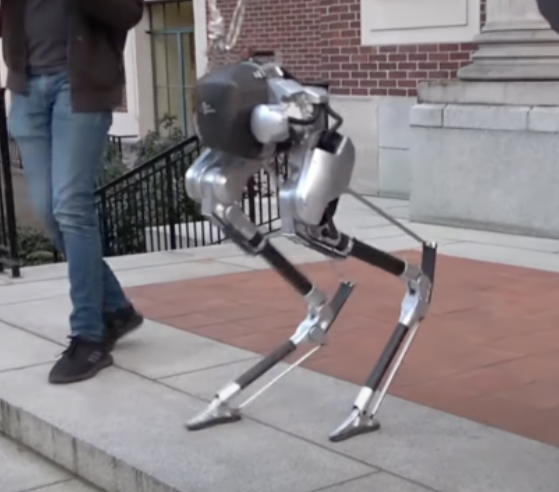 Cassie was taught to climb and descend stairs via reinforcement learning wherein the robot was trained on a dataset of staircase scenarios. Additionally, Cassie is also capable of maneuvering over unstructured terrain and up and down steep hills.

Agility Robotics envisions future applications of the bipedal stair-climbing robot could include parcel delivery or elder care applications. The robot is described in the journal Computer Science.

To see how the bipedal robot mounts and descends stairs, watch the accompanying video that appears courtesy of Agility Robotics.

By posting a comment you confirm that you have read and accept our Posting Rules and Terms of Use.
Advertisement
RELATED ARTICLES
Watch: Stair Climbing Made Easier, Astronauts to Sport Reebok Space Shoes, and a Transformable Drone.
Video: Transformer-like robot preparing for deliveries
Spring-Mass Technology Bids for the Future of Walking Robots
Quadruped robot takes over inspection tasks in industrial plants
Watch an obstacle-climbing robot designed for the law enforcement sector
Advertisement