A team of researchers led by GE Research is developing a 3D-printed device that captures atmospheric moisture and converts it into drinking water.

The project, which is being conducted on behalf of the U.S. Defense Advanced Research Projects Agency’s (DARPA’s) Atmospheric Water Extraction Program (AWEP), aims to supply drinking water to soldiers in remote locales such as the desert.

Relying on the principles of heat exchange to capture water from the air, the 3D-printed heat exchanger device is designed to transfer heat to a sorbent material coating — material that can recover liquid without absorbing it — being developed alongside the GE device. 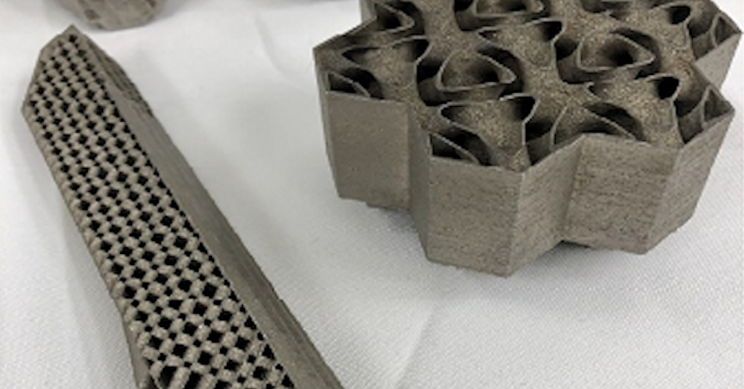 The device, which is lighter weight and smaller than similarly functioning devices like humidifiers, will reportedly supply water enough for 150 soldiers.

By posting a comment you confirm that you have read and accept our Posting Rules and Terms of Use.
Advertisement
RELATED ARTICLES
DARPA seeks proposals for tech that extracts drinking water from the atmosphere
New carbon capture sorbent promises efficient emission control
Watch: A Solar-Powered Method for Direct Carbon Dioxide Capture and Release
Sorbent extracts lithium from geothermal brines
MOF-based aerogel mops up atmospheric water
Advertisement