Toyota has entered the autonomous driving ring with the debut of a Lexus GS450h on a Tokyo highway. The company hopes that by the time the city 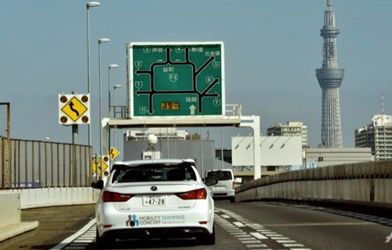 Lexus GS450h takes a spin through Tokyo
hosts the Olympic Games in 2020, the venue will be served with additional autonomous vehicles.

The Lexus model is limited in its driverless role. It switches to fully automated when it reaches a highway and passes a sensor, driving independently while on the highway. Although Toyota is a relative latecomer to the game, it plans to invest $50 million in building of artificial intelligence into its vehicles.

Toyota to Cooperate with MIT, Stanford on AI Research