The 2018 Camry will become the first Toyota vehicle made in the U.S. to incorporate the new vehicle development and production technology. 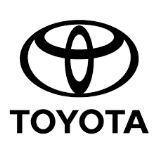 Toyota says that TNGA represents a new strategy to the way the company designs, engineers, and manufactures its vehicles. The approach is intended to shorten the development cycle for vehicle improvements and new vehicles.

The Kentucky plant will undergo other makeovers that will modernize and streamline the production process, including updating equipment and building a new paint shop.

Toyota Kentucky is the automaker's largest plant in the world, employing 8,200. The plant in 2016 produced nearly a quarter of all Toyota vehicles produced in North America.

In March, Toyota Motor Europe said that it will invest £240 million ($296.7 million) in its Toyota Manufacturing UK car plant in Burnaston, Derbyshire. The investment is intended to improve plant competitiveness and supply chain efficiencies.

By posting a comment you confirm that you have read and accept our Posting Rules and Terms of Use.
Advertisement
RELATED ARTICLES
Toyota Upgrades UK Plant to Support New Design Platform
Toyota to assemble fuel cell modules at Kentucky plant in 2023
Tech Glitches Mar Vehicle Dependability: JD Power Study
Toyota to Test SiC Power Semiconductor in Bid to Boost Efficiency
Toyota Seeks to Simplify via a Global Platform for Future Vehicles
Advertisement