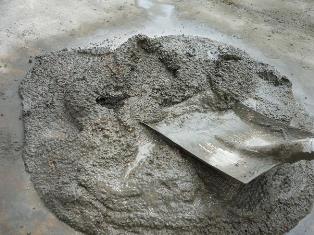 Future cement production methods could become carbon dioxide free. Source: wikipedia.orgFocusing on the inherent carbon-dioxide release into the atmosphere during cement production, the team, headed by Sant, an associate professor of civil and environmental engineering and UCLA’s Edward K. and Linda L. Rice professor of materials science, found that carbon dioxide could be captured and reused. The study was published in the Industrial and Engineering Chemistry Research journal.

The carbon dioxide given off during calcination can be captured and combined with calcium hydroxide to recreate limestone. In this way, no carbon dioxide is released. The research also indicates that approximately 50% less heat is used with this method because no additional heat is required to form tricalcium silicate.

According to Sant, this method has not been demonstrated before and the result worked faster than expected. The cycle took three hours, compared with more than 28 days for portland cement to react with water to reach the appropriate hardness.

By posting a comment you confirm that you have read and accept our Posting Rules and Terms of Use.
Advertisement
RELATED ARTICLES
Sustainable Concrete from Captured Carbon Dioxide
Explaining the Origins of Concrete "Creep"
Toward an Environmentally-friendly Concrete
New Type of Cement Is More Durable, More Sustainable
Cement Materials: An Overlooked Carbon Sink?
Advertisement