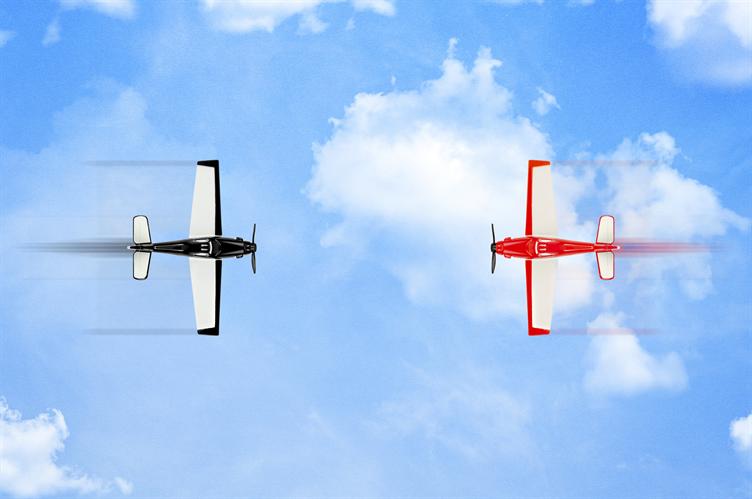 The supreme danger of a mid-air collision between aircraft is best represented by the 1996 crash of Saudi Arabian Airlines Flight 763 and Kazakhstan Airlines Flight 1907 over Charkhi Dadri, India. The cause was a confluence of errors and lack of adequate technologies.

The Kazakh pilots did not speak English and relied on a radio operator with no instruments to relay instructions. Those pilots also flew unpredictably on their approach to New Delhi, descending well below the prescribed 15,000 ft altitude, due to either turbulence or communication problems. Meanwhile, the Saudi plane was leaving New Delhi in a narrow air corridor, as most of the surrounding air space was owned by the Indian military. Also, the New Delhi airport lacked secondary radar — the type that provides altitude information.

And as a result, 349 people perished.

The incident motivated many regulations and technology changes, and brought the entire aviation industry in compliance with traffic collision avoidance systems (TCASs).

The TCAS was an initiative of the U.S. FAA and the International Civil Aviation Organization to make sure that catastrophic mid-air collisions are avoided. The dangers of them have been evident since two planes first flew in the same airspace.

A TCAS relies on queries and replies of aircraft transponders by onboard antennas. A TCAS computer tracks aircraft altitudes, builds a 3D map of the airspace and issues advisories to pilots. From the start of the development of TCASs in 1981, it has seen an evolution that allowed the system to improve and be more effective.

TCASs are under iterative development. Changes are continually proposed to the systems by users and engineers. The European Organization of the Safety of Air Control computed the probability of mid-air flight collisions equates to one every three years — a risk factor that is still too high.

Additionally, even TCAS IV is poised for obsolescence, as other technologies that rely on satellite tracking or machine learning are under research. There is also a need to integrate ground proximity warnings, or more intelligent reasoning for when a plane cannot exert a maneuver, such as if it is told to climb but it is at its rated ceiling.

To enable the TCAS to detect planes and provide evasion maneuvers, a set of computers, displays and antenna are installed. There are two directional antennas located above and below the aircraft, which transmit the aircraft's current position and detects other aircraft.

The most important component is the TCAS transmitter-receiver computer, which sends and receives signals from the directional antennas and computes the trajectory of other aircraft that it has detected.

Suppose Flight 222 is on a flight path that might intersect with that of Flight 444. If equipped with a TCAS II system, the pilot of Flight 222 would experience the following.

Once the planes pass each other, each will be granted a "clear of conflict" message.

Unfortunately, aircraft collisions still occur. The most recent occurred in May 2019, between two sightseeing float planes in Alaska. TCASs are not a perfect technology, but are a substantial improvement over the dark ages of flight plan coordination.

By posting a comment you confirm that you have read and accept our Posting Rules and Terms of Use.
Advertisement
RELATED ARTICLES
Following Crash, Boeing Issues a Warning on Sensors
fNIRS System Can Read Pilot’s Minds in an Emergency Situation and Understand Cognitive Overload
Mayday! Tech that saves lives during in-flight emergencies
Video: How aircraft hydraulic systems work
FAA Says Tamper-Proof Aircraft Cockpit Not Feasible
Advertisement