The first ship to use methanol as a marine fuel has marked five years of continuing service. Owned and operated by Stena Line of Sweden, the 240 m long Stena Germanica was converted to run on methanol fuel in early 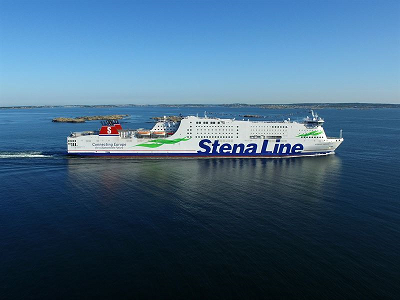 The ferry has operated with a Wärtsilä engine burning methanol fuel for five years. Source: Stena 2015.

The ferry was retrofitted with a fuel-flexible Wärtsilä 4-stroke engine with a propulsion power output of 24 MW that can run on methanol or traditional marine fuels. The conversion entailed installation of new dual-fuel injection nozzles, which are capable of injecting both methanol and diesel.

Supplied with methanol from Canadian supplier Methanex Corporation, the Stena Germanica can transport 1,500 passengers and 300 cars between Gothenburg, Sweden, and Kiel, Germany.