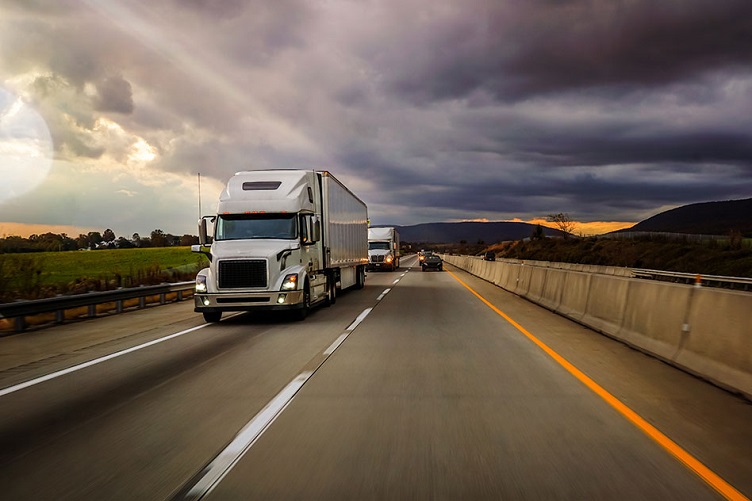 With fully electric trucks still on the horizon, plug-in hybrid trucks may be a step toward curbing emissions from trucks. Source: MIT

Shipping trucks like 18-wheelers are crucial to logistics on a global scale. But they also account for a big portion of the greenhouse gas emissions helping to accelerate climate change.

Developing more efficient vehicles may be key to eliminating net greenhouse gas emissions and curbing pollution. MIT has developed a new concept plug-in hybrid engine system where the truck would be primarily powered by batteries, but with a spark ignition engine. This would allow trucks to travel the same distances as conventional diesel trucks, but using a flex-fuel model running on pure gasoline, pure alcohol or blends of these fuels.

The ultimate goal would be to power trucks entirely with batteries, along with the long-term goal of autonomous trucks being a key to solving first-mile logistics. But the flex-fuel hybrid option could provide a way for such trucks to gain early entry into the marketplace by overcoming concerns about limited range, cost or need for excessive battery weight for longer range.

“We’ve been working for a number of years on ways to make engines for cars and trucks cleaner and more efficient, and we’ve been particularly interested in what you can do with spark ignition [as opposed to the compression ignition used in diesels], because it’s intrinsically much cleaner,” said Daniel Cohn, research scientist at MIT’s Energy Initiative and the Plasma Fusion and Science Center.

Compared to a diesel engine vehicle, a gasoline-powered vehicle produces only a tenth as much nitrogen oxide (NOx) pollution. Additionally, the flex-fuel configuration allows it to run on gasoline, ethanol, methanol or blends of these that emit far less greenhouse gas than pure gasoline engines do and the fuel cost is small as well, researchers said.

If the fuel is pure methanol or ethanol from renewable sources such as agricultural waste or municipal trash, the net greenhouse gas emissions could even be zero.

Cohn said that while all-electric heavy-duty trucks— such as the ones being developed by Tesla Motors, TuSimple and Ike — will be important, it will be a challenge because of the cost and weight of the batteries to meet sufficient range.

This hybrid model is a first step toward improved fuel-efficiency, producing a tenth as much air pollution as the best of today’s diesel-powered vehicles.

“Batteries are great, but let’s be realistic about what they can provide,” Cohn said.

By posting a comment you confirm that you have read and accept our Posting Rules and Terms of Use.
Re: New plug-in hybrid engine could help curb greenhouse gas emissions in trucks
#1

Once again people where does electricity come from. Hint not out of the air. COAL or GAS or NUCLEAR PLANTS. Stop it already. The planet doesn't care.

I think that It's time to stop talking about pure electric cars, and it's much more stupid thinking about this application on trucks. While hybrid is working only thanks to the flexible engine management, for ex, Atkinson's cycle, very high injection pressure etc. Also in those one which are, more or less, working correctly for the first two years, the low mileage, introduces difficulties in maintenance's management of intakes valves swirling (due to deposits), E.G.R. valve encrusted, unbalanced compression, HC into engine oil, and a lot more. This matter is obviously too vast, please let's start from my first sentence and let's forget also plug-in concept.