Researchers from Rutgers University are using nuclear bombs to accurately estimate the age of whale sharks. This is the first time that whale sharks’ age has been properly verified. 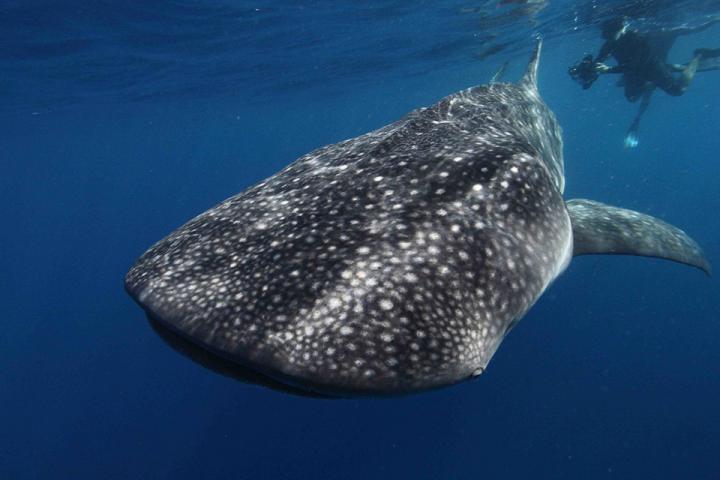 Whale sharks can exceed 40 ft and weigh up to 40 tons, according to some estimates. Source: NOAA

It is difficult to estimate whale shark ages and deaths because the creatures lack the otoliths that scientists use to assess the ages of other fish. But whale shark vertebrae have bands that increase with age, like a tree trunk. Some scientists believe that the rings are added annually, others believe it’s every six months.

Researchers can test whale sharks for elevated levels of carbon-14 and date the animals. The team tested whale sharks in Taiwan and Pakistan and were able to date accurately.

The team’s next step is to seek vertebrae of stranded sharks and studying more large and old whale sharks. This would allow scientists to refine growth models, create accurate estimates of growth and natural mortality of whale sharks for conservation efforts.

This study was published in Frontiers of Marine Science.

By posting a comment you confirm that you have read and accept our Posting Rules and Terms of Use.
Re: Nuclear bombs help conservationists estimate whale shark age
#1

...more like minding their own business feeding on surface plankton and being driven over by ships.

Whichever it is, the cause and the outcome is the same.