Staff of the U.S. Nuclear Regulatory Commission (NRC) are recommending issuing a license to Holtec International for a planned interim storage facility for nuclear waste material at a site in southeastern New Mexico between Carlsbad and Hobbs.

The staff made its recommendation in a 488-page draft environmental impact statement released in mid-March.

If approved following public comment and a vote by the full commission, the license would authorize an initial phase of the project to store up to 8,680 metric tons of uranium (equal to 9,568 short tons) in 500 canisters for 40 years. The NRC said that Holtec plans to seek future amendments to the license to store an additional 500 canisters for each 19 expansion phases to be completed over a 20-year period. The proposed facility could eventually store up to 10,000 canisters of spent nuclear fuel.

The NRC said that when a long-term geologic repository becomes available, the spent nuclear fuel stored at the proposed site would be removed and sent to the long-term repository for permanent disposal. 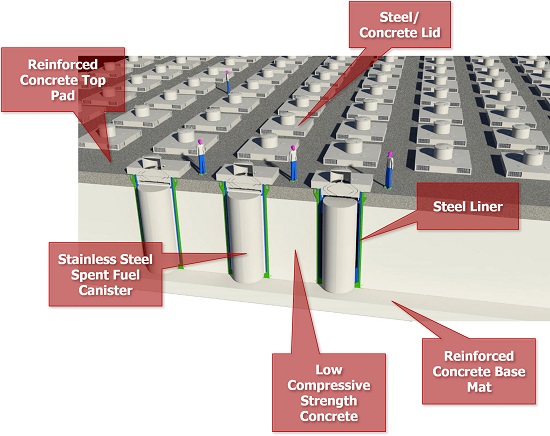 Principal features of the proposed nuclear waste storage facility. Source: Holtec"Based on its environmental review, the preliminary NRC staff recommendation is issuance of a license to Holtec authorizing the initial phase of the project, unless safety issues mandate otherwise," the draft concluded.

Yucca Mountain in Nevada had been designated as the site for the first permanent nuclear waste repository. The site is at the edge of the Nevada National Security Site, which is part of a nuclear testing ground established by President Harry Truman. Yucca Mountain is roughly 100 miles northwest of Las Vegas.

Opposition voiced by then-Senate Majority Leader Harry Reid, himself from Nevada, led President Barack Obama a decade ago to derail development at Yucca Mountain. Work has not resumed and several U.S. utilities have sued the Energy Department for failing to provide a permanent waste storage facility as required by law. 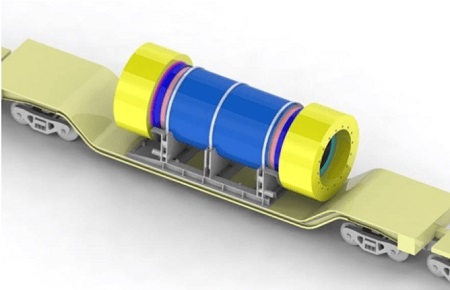 A railcar similar to those that would be used to transport spent nuclear fuel from power plants to the New Mexico interim storage facility. Source: HoltecProject details

The Holtec website says that spent fuel would be contained inside welded stainless-steel canisters designed to prevent radiological matter from escaping to the environment. The canisters would be filled with an inert gas, such as helium, which does not chemically react and prevents corrosion. The inert area is designed to prevent the stored spent fuel from degrading and eliminates the need to inspect the fuel or the canister's interior.

The storage site would cover a rectangular area of 110 acres, Holtel said. Another 178 acres would be used for ancillary buildings and facilities such as a double fence security system, a batch plant for concrete mixing, the cask receipt and transfer building, a parking lot and roadways. 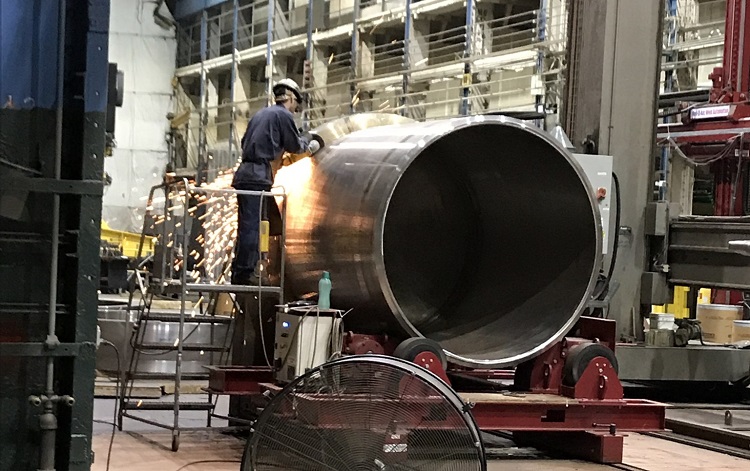 A welder works on a nuclear waste storage cask. Source: HoltecThe transport casks are made with multiple layers of steel, lead and other materials to confine the fuel and shield workers and the public from radiation associated with the fuel. The NRC regulatory limit for dose rates around the cask is 10 mrem/hr at 2 meters from the vehicle. Fully loaded transport casks would weigh 125 tons or more for rail shipments. Holtec said that for every ton of used fuel, a cask would have about 4 tons of shielding material.

In August, Holtec said it had completed the pre-commissioning program for the Chernobyl Interim Spent Nuclear Fuel Storage Facility in Ukraine, one of the world’s largest dry storage installations. 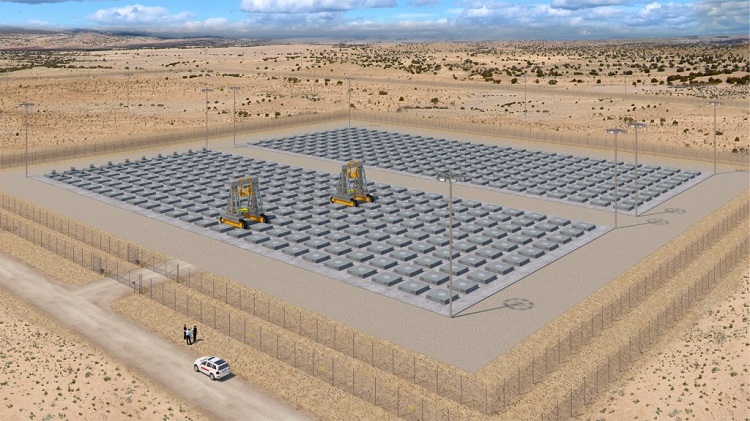 Artist's concept of the proposed New Mexico storage facility. If fully developed, the site eventually could provide interim storage to as many as 10,000 casks of spent nuclear fuel. Source: HoltecStorage would involve work to disassemble each of Chernobyl’s more than 21,000 fuel assemblies into three parts (two fuel bundles and an activated connecting rod) in a purpose-built facility and place them in interim dry storage. The project was begun by Areva in 1998 and Holtec took over the project in 2011.

The Chernobyl nuclear accident occurred in April 1986 at the No. 4 nuclear reactor in the Chernobyl Nuclear Power Plant. Reactor design flaws and breach of protocol during a simulated power outage safety test caused the accident, which spread radiation over a large part of Europe.