These NY nukes are headed for decommissioning

Three nuclear generating units north of New York City will be sold to a joint venture for fast-track decommissioning.

In the deal, Entergy Corp. will sell business units that own Indian Point Units 1, 2 and 3 to a joint venture that includes Holtec International and SNC Lavalin. Entergy said it would receive "nominal compensation" for the three units.

Entergy has now announced the sale of its entire remaining merchant nuclear fleet for decommissioning.

The Indian Point sale will be effective after Unit 3 has been shut down and permanently defueled, and includes the transfer of the licenses, spent fuel, decommissioning liabilities and Nuclear Decommissioning Trusts. 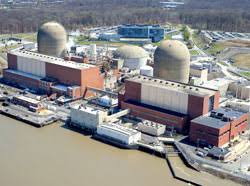 Holtec said it plans to start decommissioning work at Indian Point years earlier than if Entergy continued to own the units. The company has said it can decommission a unit in less than a decade. Industry guidelines allow for 60 years to decommission a site.

Holtec said a formal timetable will be developed as part of its Post-Shutdown Decommissioning Activities Report (PSDAR) and Site-Specific Decommissioning Cost Estimate (DCE). The company likely will submit those reports to the U.S. Nuclear Regulatory Commission late in 2019. The transaction is targeted to close the third quarter of 2021.

The acquisition means that Holtec will own six reactors at four nuclear facilities and an independent spent fuel storage installation located in Michigan, New York, New Jersey and Massachusetts. Oyster Creek, New Jersey, and Pilgrim, Massachusetts, License Transfer Application requests are pending at the NRC, with expected closings in 2019.

CDI says that the aging nuclear fleet, along with low energy prices, mean that decommissioning has become a rapid growth market, with a forecast value of more than $14 billion over the next 10 years. Single-unit nuclear stations like Oyster Creek may face the greatest risk because of their high operating cost per megawatt of output.

In 2018, Holtec submitted a license application for a storage facility in New Mexico to accept spent nuclear fuel from all nuclear plants in the U.S. If licensed, spent fuel could be sent to the New Mexico facility.