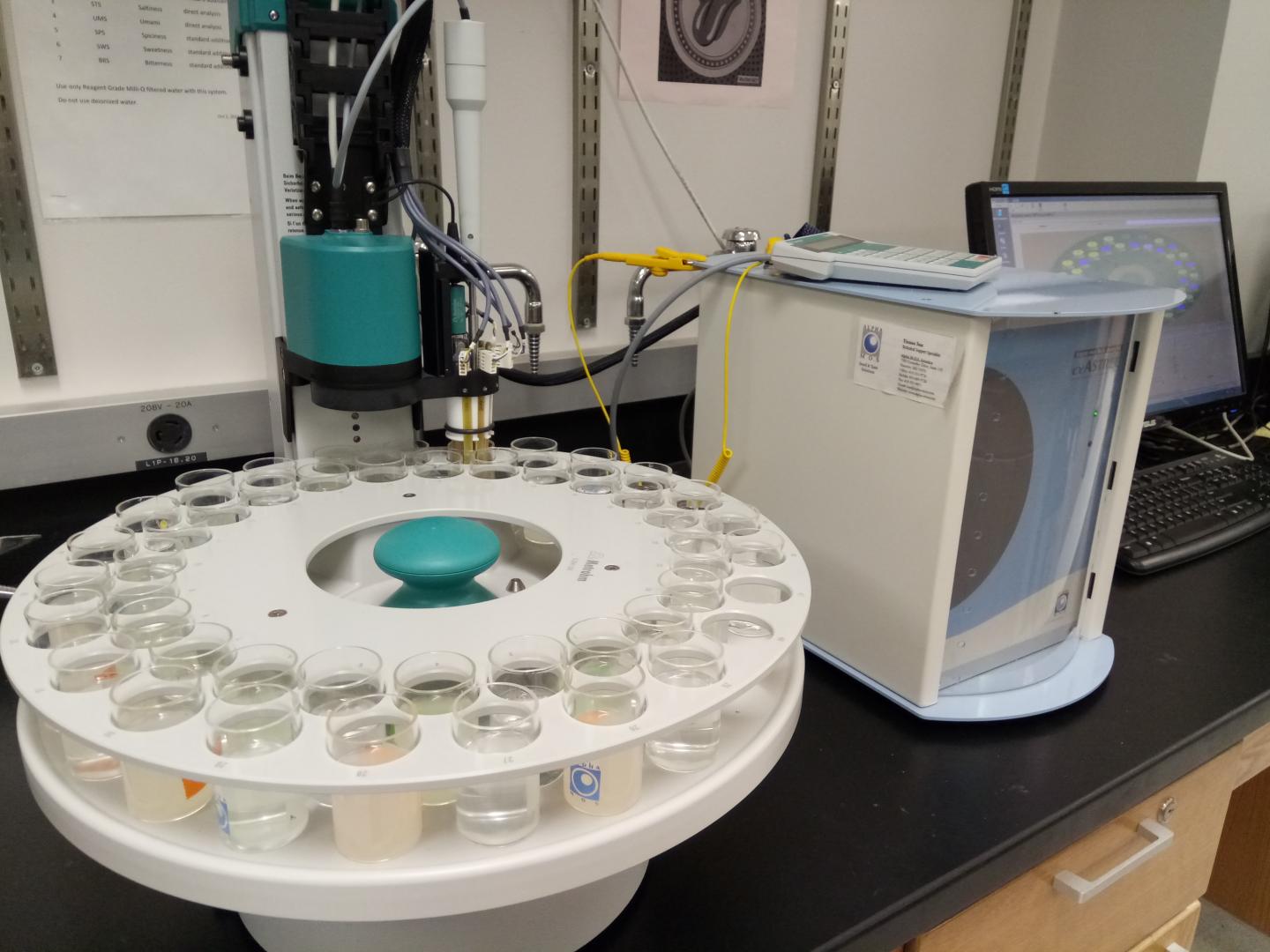 The researchers used WSU's e-tongue to measure the impact of reducing salt and the intensity of other ingredients with their new MATS processing technology. Source: WSUResearchers from Washington State University (WSU) have developed new technology that could reduce the sodium levels in processed foods while maintaining the taste and safety of those foods.

Retort reportedly altered the taste and texture of the mashed potatoes, camouflaging other ingredients such as pepper and garlic, thereby requiring the addition of salt. Meanwhile, the MATS-treated mashed potatoes experienced little impact to either taste or texture and, consequently, did not require the addition of extra salt. Instead, the tasting panel noted that they could taste other ingredients in the MATS-treated potatoes such as pepper and garlic in a way that they could not in the Retort-treated potatoes.

According to researchers, the MATS technology could impact how salt is used in processed foods. Increasing salt levels in the face of diminished taste can have health implications, particularly for those on salt-restricted diets. However, if processed foods can be enhanced by the flavor of herbs and other non-salt ingredients, more process food options might be available to people on salt-restricted diets.

The research appears in the Journal of Food Science.

By posting a comment you confirm that you have read and accept our Posting Rules and Terms of Use.
Re: Researchers create new method for eliminating salt from processed foods
#1

According to researchers, Increasing salt levels in the face of diminished taste can have health implications, particularly for those on salt-restricted diets.