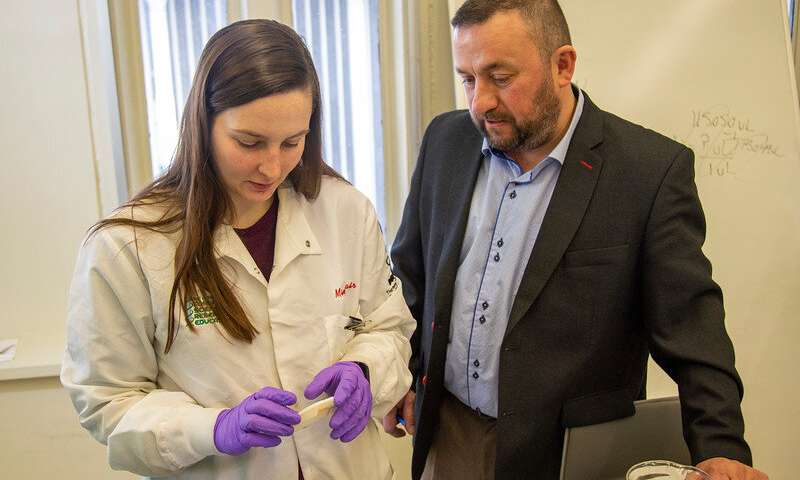 Taken from fingerprints or other sweat glands, the skin secretions subtly change a test color strip in response to the presence of tetrahydrocannabinol (THC), which is the primary psychoactive component in marijuana plants.

To determine the effectiveness of the color strip test, researchers tested eight volunteers — four of whom were marijuana users and four of whom were not. The researchers collected the participant’s fingerprints on plastic wrap and in the lab used an antibody to quantify the THC metabolite. Higher levels of THC metabolite in the sample reportedly resulted in a slight color change and that subtle change was obvious among the samples collected from the group of marijuana users, according to researchers.

The research appears in the journal ACS Sensors.

By posting a comment you confirm that you have read and accept our Posting Rules and Terms of Use.
Re: Forensic chemist develops marijuana-detecting test strip for law enforcement
#1

Yes, such a test is needed. BUT, 1) it needs to test for inebriation or the inability to reason sufficiently to be able to safely operate machinery or make life altering decisions, and 2) show negative results for people who rely on CBD oil for acute pain relief and other medical conditions.

CBD oil contains trace amounts of THC but will in no way be enough to get someone "high" or even "happy" unless you include the euphoria of not being crippled by excruciating arthritic pain.

Simply sensing the presence of THC would be misleading and dangerous in the hands of a biased law enforcer.

Exactly the issue and I did not see that the test indicates concentration.