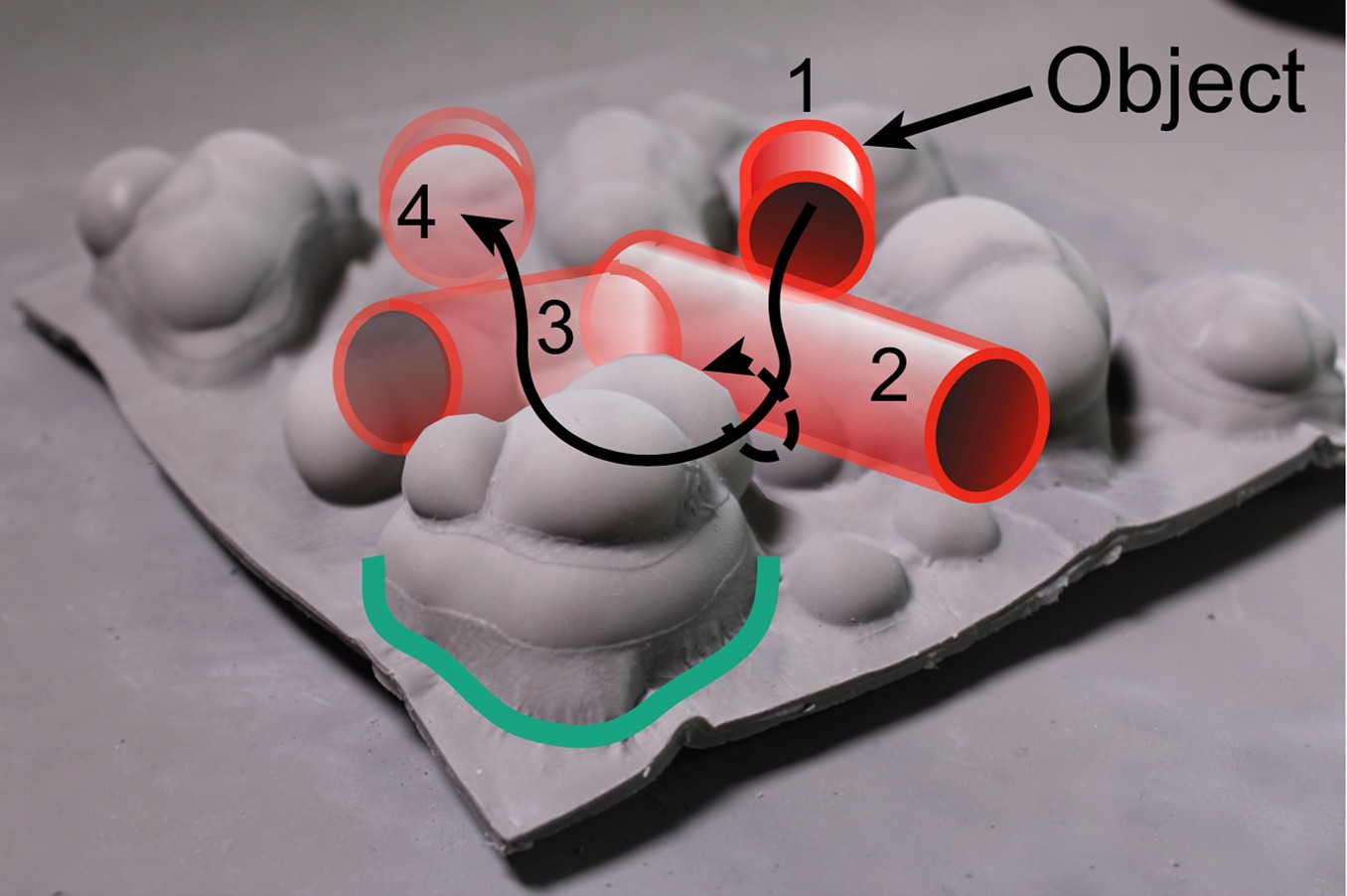 The mat would inflate pre-built protrusions throughout a stretchy silicone sheet, transforming the protrusions into established 3D shapes. The motion of inflating the protrusions would effectively lift and manipulate the object. Source: Penn EngineeringResearchers from the University of Pennsylvania’s Penn Engineering and Penn Nursing School are collaborating on a soft robotic inflatable mat for lifting bedridden hospital patients.

With funding from the National Science Foundation, a team led by James Pikul, assistant professor in mechanical engineering and applied mechanics, is attempting to develop a soft robotic inflatable mat that will help maneuver bed-ridden patients in the hospital, thereby eliminating the physical strain on nurses and other hospital personnel.

To help reposition patients to avoid pressure injuries associated with prolonged periods of immobility, the team envisions a mat that inflates pre-built protrusions throughout a stretchy silicone sheet, transforming them into established 3D shapes. The motion of inflating the protrusions would effectively lift and manipulate the object — or patient — situated on top of the mat. Such a device might eliminate the physical toll on nurses and other healthcare professionals who often cite wear on the body as a reason for leaving the healthcare industry.

Once completed, the team believes that the research leading to this development may pave the way for other healthcare-related devices such as a robotic inflatable chair lift to help those with difficulty transferring to and from seated positions. Likewise, the team believes that the research will eventually pave the way for even more advances in soft robotics, thereby enabling the development of robots that can safely work alongside humans.

Such a development would have implications for robots already working alongside humans in roles such as healthcare providers, teachers and even companions.

By posting a comment you confirm that you have read and accept our Posting Rules and Terms of Use.
Advertisement
RELATED ARTICLES
Artificial skin may pave way for empathetic robot caregivers
Team investigates the future role of robots in healthcare
This robot may soon assist nurses in healthcare settings
COVID-19 nurses report cooling vests minimize discomfort of protective gear
Watch: Wearable sensor walks back the cost of gait analysis
Advertisement